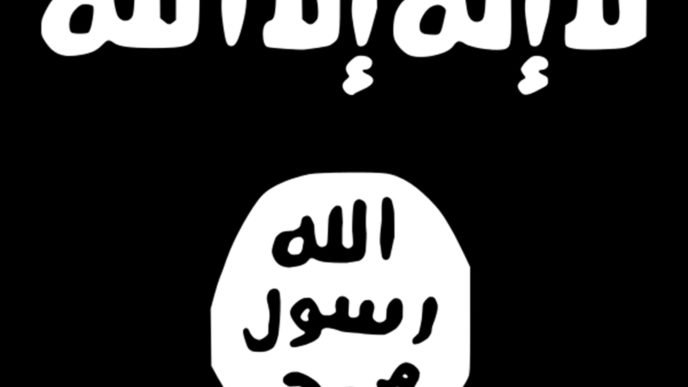 How did a small, fringe Wahhabi splinter group, led by a fiery speaker with a sixth-grade education, known mainly for defacing Buddhist symbols, carry out a coordinated and sophisticated terrorist attacks on Easter Sunday in Sri Lanka?

The answer is, it didn’t, not without external support, both direct and indirect.

The Sri Lanka attack reinforces the notion that the Islamic State, which claimed responsibility for the attack, is more a brand around which forces with overlapping goals coalesce to exploit local or regional opportunities than an entity.

The events in Sri Lanka were soon followed by the propaganda video reappearance of Islamic State leader Abu Bakr al-Baghdadi, who, acknowledging defeat in Syria and specifically citing the Sri Lankan attack, exhorted his followers to expand the fight.

Defeat in Syria has triggered a diaspora of Islamic State fighters either to their native lands or to targets of opportunity such as the thriving extremist networks in South Asia.

The instigators of that extremism and operating continuously in the background are the global promoters of austere and often intolerant forms of Islam such as Wahhabism-Salafism, financed either by wealthy individuals or nation-states that offer forums for radicalization and sources for potential jihadi recruits.

It is a now well-known fact that some Islamic clerics and preachers play a significant role in the radicalization of young Muslims and their recruitment for terrorist attacks.

“You must use force. But force will only deal with the tip of the problem. In killing the terrorists, you will only kill the worker bees. The queen bees are the preachers, who teach a deviant form of Islam in schools and Islamic centers, who capture and twist the minds of the young.”

Today, drug trafficking not only provides funding for terrorism, but there is a growing use of the organizational and logistical capabilities of criminal cartels to support terrorist operations, some of which contribute to the geopolitical ambitions of nation states.

In the South Columbo Muslim area of Dehiwala, a drug trafficker named Dawood Ibrahim Kaskar, who was designated by the U.S. Department of Treasury as a terrorist supporter in 2003, reportedly set up a distribution hub. In 2018, authorities seized 736 kilograms of Dawood’s heroin.

According to one article, Dawood’s D-Company cartel obtains opium from Afghanistan, where production is overseen by the Taliban. From there, logistics and transportation are arranged by Pakistan’s Inter-Service Intelligence agency (ISI), which provides protection for Dawood in his Karachi base and stipulates the distribution of a portion of the profits to various jihadist and militant groups.

There is much concern about the growth of the Islamic State in Afghanistan. There are reports that Islamic State jihadis, who fought in Syria and Iraq, are migrating to Afghanistan, joining disaffected Taliban fighters seeking greater Islamic purity.

Although Afghanistan offers a potential power vacuum, which the Islamic State can fill, a far more fertile ground for expansion is in Pakistan.

It is a little-known fact that the Islamic State now operating in Afghanistan, originated in Pakistan.

Members of the Pakistani Taliban, the Tehrik-e Taliban Pakistan or TTP began migrating to Afghanistan’s Nangarhar Province as “refugees” in 2010 after Pakistani military operations against the TTP in Orakzai and Khyber Agencies of the Federally Administered Tribal Areas.

In January 2015, the Islamic State of Khorasan Province (ISKP) was declared with former TTP commander Hafiz Saeed Khan of Orakzai as the leader, whose twelve-member Shura had nine Pakistanis.

It is the growing level of extremism and intolerance in Pakistan that should be of concern, which has been a threat to Afghanistan and will be the main contributor to instability in South Asia.

It is the direct result of official Pakistani policy and the activities of Pakistan’s ISI.

The “Islamization” program initiated by Pakistani President Muhammad Zia ul Haq in the late 1970s, which involved the proliferation of Islamic schools, “madrasas” and the promotion of Islamic law “Sharia,” was specifically designed to create national unity by suppressing ethnic separatism and religious diversity.

The Sipah-e-Sahaba Pakistan (SSP), a Deobandi anti-Shia organization was created in the wake of the Iranian revolution to counter Shia influence in Pakistan. The rapid spread of fundamentalist Deobandi ideology in Pakistan has been widely attributed to funding from Saudi Arabia.

When the SSP proved insufficiently militant for its growing population of zealots, the Lashkar-e-Jhangvi (LeJ) was formed as a splinter group of the SSP.

In the search for ever purer forms of Islam, the ever more violent and intolerant Lashkar-e-Jhangvi al-Alami (LeJ-A) was created out of the LeJ which, over the last two years, has claimed responsibility for several bloody atrocities in Balochistan, Pakistan’s southwest province. It has been reported that elements of the LeJ-A now comprise the senior cadres of the Islamic State in Pakistan.

Another so-called Islamic State affiliate operating in western Balochistan out of the city of Turbat, also known as a center for drug trafficking, is Laskar-e-Khorasan, a group accused of killing religious minorities.

Saudi support gradually shifted from the Deobandi to the more radical Ahle-Hadith movement, the Pakistani equivalent of Wahhabism. It is a small ideological step from Ahl-i-Hadith to the Islamic State, which explains the growth of its affiliates in Pakistan.

Among such Sunni-supremacist groups believed to have received Saudi funding is Jaish al-Adl, which has carried out attacks on Iran from safe havens in Pakistan and reportedly has links to the Islamic State.

While downplaying the Islamic State threat in Afghanistan, U.S. officials have virtually ignored the explosive potential of Islamic State influence in Pakistan, which will only accelerate in the expected power vacuum left after a U.S. withdrawal. (For more from the author of “The Next Islamic State Battlefield Will Be in South Asia” please click HERE)

Lawrence Sellin, Ph.D. is a retired U.S. Army Reserve colonel, an international IT businessman and a veteran of Afghanistan, Iraq and a humanitarian mission to West Africa. He receives email at [email protected]

Video of Muslim Children in the U.S. Reveals SHOCKING Remarks