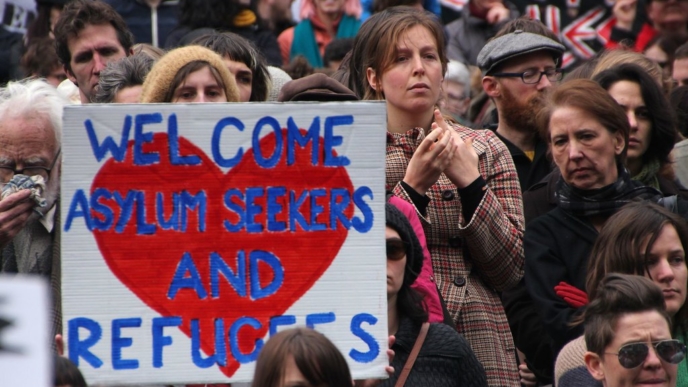 President Donald Trump announced the White House will, once again, deliver aid to several Central American countries after their governments entered into asylum agreements with the U.S.

The decision to provide “targeted assistance” to these countries is, at least somewhat, a reversal from the president’s decision earlier in 2019 to withhold hundreds of millions in economic aid to Central America — punishment against their governments for doing “nothing” to fix the immigration crisis.

“Guatemala, Honduras & El Salvador have all signed historic Asylum Cooperation Agreements and are working to end the scourge of human smuggling. To further accelerate this progress, the U.S. will shortly be approving targeted assistance in the areas of law enforcement & security,” the president tweeted Wednesday.

The White House reportedly decided in June it would be diverting $370 million in aid that was for El Salvador, Honduras and Guatemala. The three countries, located in a region in Central America known as the Northern Triangle, are home to the bulk of the illegal immigrants reaching the U.S. southern border en masse and lodging asylum claims.

“Mexico is doing NOTHING to help stop the flow of illegal immigrants to our Country. They are all talk and no action. Likewise, Honduras, Guatemala and El Salvador have taken our money for years, and do Nothing. The Dems don’t care, such BAD laws. May close the Southern Border!” Trump tweeted in March about the border crisis. (Read more from “Trump Administration to Reinstate Aid to Central American Countries That Signed Asylum Deals” HERE)