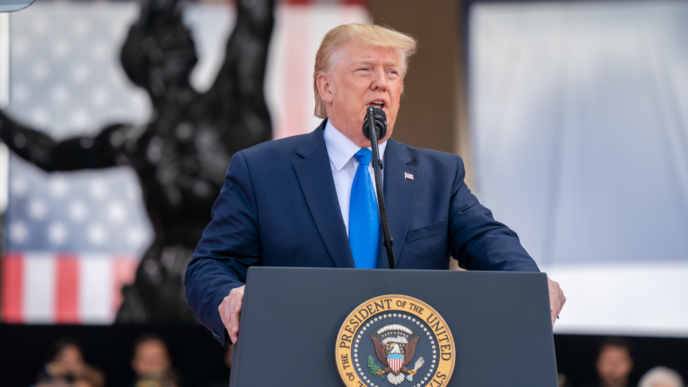 Super Bowl viewers hoping for a break from partisan bickering and politics are in for a disappointment. Democratic presidential candidate Michael Bloomberg bought a commercial for the widely-watched event and decided to use his chance to reach millions of Americans to push misinformation and fearmonger in favor of his anti-gun agenda. Meanwhile, President Trump tapped into his war chest to run an ad of his own, making the case for his reelection.

Trump spent $11 million on the commercial, which emphasizes his strong economic record. It highlights the record-low unemployment rate we’ve seen during this administration, as well as burgeoning wage growth and strong economic prospects for African Americans and Hispanics. The president makes the case that voters should back him because “the best is yet to come.”

As my Washington Examiner colleague Tiana Lowe noted, it’s a strong ad with the right focus. Trump is wise politically to focus on the economy, rather than repeat his 2018 midterm mistake and make 2020 about anti-immigration sentiment. And the president absolutely does deserve credit for the successful economic results we’ve seen in part due to his tax cuts, deregulatory agenda, and pro-business policies. But, as most political ads do, Trump’s commercial leaves out a few key economic realities that voters ought to be aware of.

For one, Trump has completely, utterly failed to reign in the national debt and the annual budget deficit.

On the campaign trail in 2016, he promised to eliminate the debt entirely within eight years. (A very, very unrealistic promise.) Instead, we’re back up to $1 trillion annual deficits, bloated budget deals, and woeful future fiscal projects from the Congressional Budget Office. This isn’t entirely Trump’s fault, as both parties’ leaderships in Congress deserve serious demerits for such reckless spending as well, yet, it’s a blight on his tenure nonetheless, especially in light of the unrealistic promises he made. (Read more from “Trump’s Compelling Super Bowl AD Ignores Two Key Economic Realities” HERE)