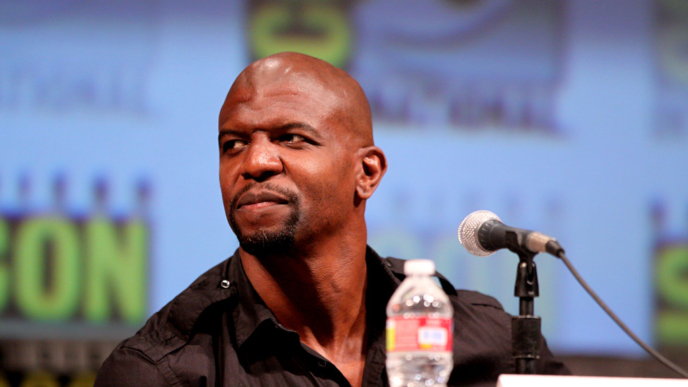 A few days after football star Drew Brees distanced himself from his sincere remarks about the American flag because critics called him a racist, actor Terry Crews finds himself on the receiving end of the same cancel culturalists (not a Merriam-Webster approved term). This weekend, Crews shared a beautiful sentiment on Twitter: That white and black Americans should actually work together to defeat hatred. . .

Like it or not, we are all in this together.

Thousands of people liked and retweeted the statement, but Crews’ message was too offensive for others.

His haters accused him of being “tone deaf,” while others encouraged him to “educate” himself on the terms he used.

Unlike Brees, Crews is standing his ground. He has not deleted his original statement. In fact, he’s since reiterated his message several times and shamed those who were trying to put words in his mouth or misinterpreting him. Or calling him foul names.

Any Black person who calls me a coon or and Uncle Tom for promoting EQUALITY is a Black Supremist, because they have determined who's Black and who is not.

“Please know that everything I’ve said comes from a spirit of love and reconciliation, for the Black community first, then the world as a whole, in hopes to see a better future for Black people,” Crews adds. “I believe it is important we not suffer from groupthink, and we keep minds of our own, and be allowed to ask difficult questions to each other. I believe this dialogue is important as we get through this trauma together. I love you.” (Read more from “Actor Terry Crews Will Not Apologize for His Tweets” HERE)

Obama: Hollywood is the November 2012 "tie-breaker"

Anarchy Will Rule in Every Major City
Scroll to top