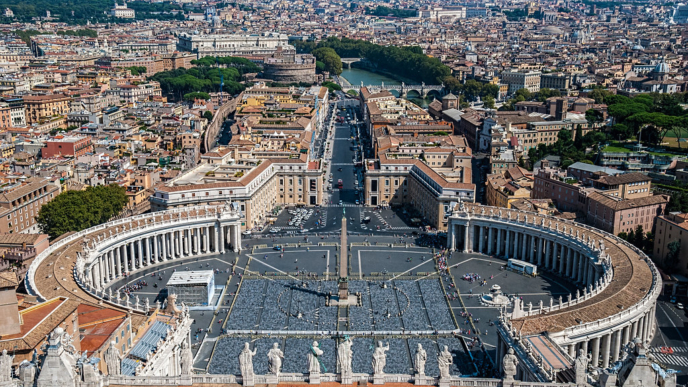 By Washington Examiner. Hackers working for the Chinese Communist Party allegedly accessed the private computing network of the Vatican for several months ahead of a September meeting to discuss the appointment of bishops in the Asian country.

Analysts with Recorded Future, a Massachusetts-based cybersecurity company, said they had detected an attack on Vatican computers in which Chinese infiltrators accessed communications between high-ranking officials in the church, who openly discussed upcoming negotiations pertaining to the pope’s role in confirming bishops to the heads of Chinese churches, the New York Times reported Tuesday.

According to a Recorded Future report set for release on Wednesday, the espionage tactics began in early May. The firm outlined how one electronic file was masked in such a way that it appeared as if it was sent from the Vatican to Monsignor Javier Corona Herrera, the head chaplain of the Holy See’s Study Mission in Hong Kong. (Read more from “Vatican Computers Hacked in Chinese Espionage Effort” HERE)

By Jenni Fink. Former White House chief strategist Steve Bannon praised America’s strong response to China on Tuesday and said if he was the one making the call, he’d take it a step further and go after President Xi Jinping.

Bannon told CNBC’s Squawk Box that China as a country and Xi are in the United States’ “gun sights.” Along with backing off support for the Chinese Communist Party, the U.S. should target Xi and those associated with them on a personal level, he said. Bannon also advocated sanctioning Xi and his “henchmen” and seizing all of their assets. . .

Bannon added that it’s “breathtaking” how U.S. strategy morphed into an “alliance of liberty,” bringing in the United Kingdom, India and Japan. Around the world, people are standing up to China, Bannon said, and this will be the “greatest legacy of President Trump’s eight years in White House” . . .

“The truth is that our policies, and those of other free nations, resurrected China’s failing economy, only to see Beijing bite the international hands that were feeding it,” [U.S. Secretary of State Mike Pompeo said recently]. “Whatever the reason, today China is increasingly authoritarian at home and more aggressive in its hostility to freedom everywhere else.” (Read more from this story HERE)

Republicans Concerned TikTok Could Be Used by Chinese Government to ‘Manipulate’...
Scroll to top