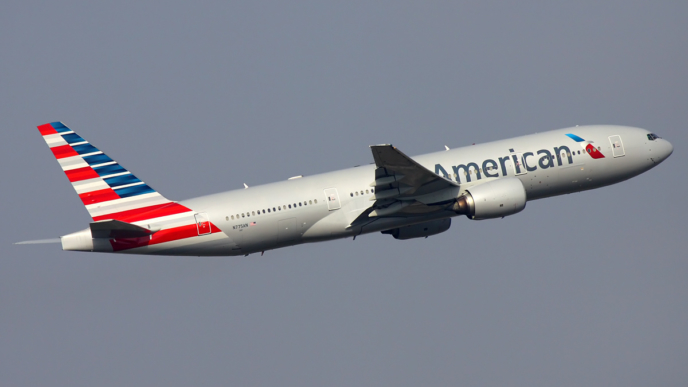 By Mediate. Pro-Trump personality David J. Harris Jr. held up an entire American Airlines flight on Saturday for apparently not complying with the company’s mask policy, and instead, made a scene in the noble fight to defend one’s personal “rights” to not wear a face-covering on board.

“So because I declared that I have a medical reason to not wear a mask, people on the plane are tripping out and may not want to fly on this plane,” the pundit began in a 3-minute video posted to Instagram.

“There are a couple [fellow passengers] that are definitely having an issue, me not wearing a mask,” Harris stated.

If you have a medical reason, you do not have to comply. There are lots of conditions on the list. Know your rights! Know the truth! And please know, unless you’re wearing an N95 mask, any cloth covering or ear loop will not stop you from getting it! #know #the #truth #stand #up #for #your #rights

A few seconds later, the flight captain could be heard over the intercom, presenting the opportunity for passengers who didn’t feel safe to re-book their travel due to Harris not wearing a mask.

Harris, smirking, continued “They cannot violate your HIPAA (The Health Insurance Portability and Accountability Act) rights at American [Airlines] and ask you anything about your medical issue, so for all the people on the plane who might want to get off, cause they might not feel say, then get the heck off!” (Read more from “WATCH: Pro-Trump Activist Holds up an Entire Flight Because He Will Not Wear a Mask” HERE)

Police in This State Are Refusing to Enforce Mask Order

Holcomb first introduced the mask requirement Wednesday, saying violations would be punished as a Class B misdemeanor, but after internal pressure from party members, Holcomb signed an executive order that would leave it up to state and local health departments to enforce the order instead, the Indianapolis Star reported.

Violators of the rule will not face fines or jail time, and state and local police departments say they will not enforce the order once it takes effect Monday.

“We really don’t have an active plan, I guess you could say, to actually enforce it,” said William Young, public information officer for the Indianapolis Metropolitan Police Department.

“We are referring everybody that has a question about the mask mandate to the Fishers Health Department,” Fishers Police Department Sgt. Tom Weger said. (Read more from “Police in This State Are Refusing to Enforce Mask Order” HERE)