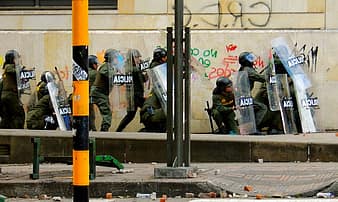 By Breitbart. Former Vice President Joe Biden issued a statement Sunday afternoon in which he blamed President Donald Trump for “incitement” that led to the shooting death of an apparent Trump supporter in Portland, Oregon, on Saturday evening.

A man wearing a “Patriot Prayer” hat who reportedly participated in a caravan of Trump supporters through downtown Portland earlier Saturday evening was shot and killed on the street. Left-wing demonstrators later celebrated his killing.

Biden issued a statement condemning violence “whether on the left or the right,” and blaming Trump for “incitement”:

We must not become a country at war with ourselves. A country that accepts the killing of fellow Americans who do not agree with you. A country that vows vengeance toward one another. But that is the America that President Trump wants us to be, the America he believes we are.

As a country, we must condemn the incitement of hate and resentment that led to this deadly clash. It is not a peaceful protest when you out go out spoiling for a fight. What does President Trump think will happen when he continues to insist on fanning the flames of hate and division in our society and using the politics of fear to whip up his supporters? He is recklessly encouraging violence. He may believe that tweeting about law and order makes him strong — but his failure to call on supporters to stop seeking violence shows just how weak he is.

Here’s @JoeBiden‘s statement on the violence in Portland:

“All of us are less safe because Donald Trump can’t do the job of the American president.”

I would expect Biden to deliver this message on TV sooner rather than later. pic.twitter.com/RA8UHQ27xN

New Footage From Portland Shooting Suggests Victim Was Targeted: ‘We Got a Couple Right Here!’

By The Blaze. New video from Saturday’s shooting in Portland, which resulted in one death, emerged Sunday, providing a more detailed account of what transpired overnight.

Around midnight EST, gunfire rang out in Portland’s downtown area. Graphic videos and images quickly flooded social media to reveal that one person had been murdered.

As TheBlaze reported, pro-Trump demonstrators had clashed with Antifa rioters earlier in the day. The murdered individual was reportedly associated with “Patriot Prayer,” a Portland-based far-right activist group. . .

One video in particular, taken within feet of the murder, does not show the shooting itself. But the video is significant because it provides greater context into why the shooting happened.

New never before seen footage of the shooting of the Trump supporter in Portland, Oregon on August 29. pic.twitter.com/6QQzZOjWJq

Here’s the Shockingly Small Number of People Who Died From Only the C...

Top CIA Spy Killed Himself in Front of Wife Who Later Found Stash of Sex Toys,...
Scroll to top