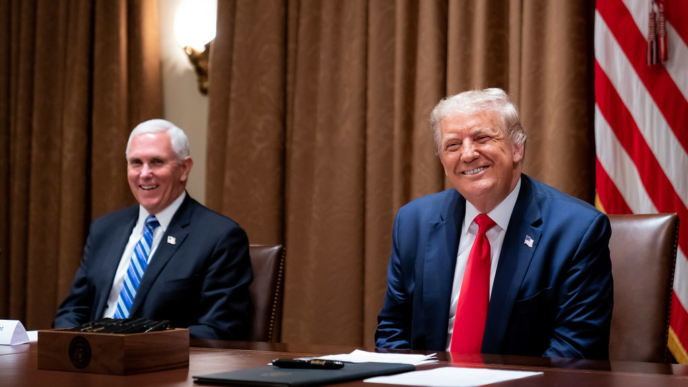 Friday was a big news day, so the president held a press conference at his golf course in Bedminster, New Jersey, to discuss the latest developments. . .

Dozens of onlookers at Trump’s golf course gathered in the room as the president also discussed the encouraging data coming out of coronavirus hotspots in the south, the better-than-expected July jobs report, the violent explosion in Beirut and the U.S. assistance being dispatched to the region, as well as a number of other items.

It was a lot to digest, and the burning question on top of one liberal reporter’s mind was, why weren’t the onlookers practicing social distancing? According to the reporter, the whole crowd was in violation of New Jersey’s rules regarding large gatherings.

“You’re wrong on that,” the president shot back, “because it’s a political activity … and it’s also a peaceful protest.” The crowd erupted in cheers at the president’s comparison.

"And it's also a peaceful protest."

The Collapse of the Traditional American Family
Scroll to top