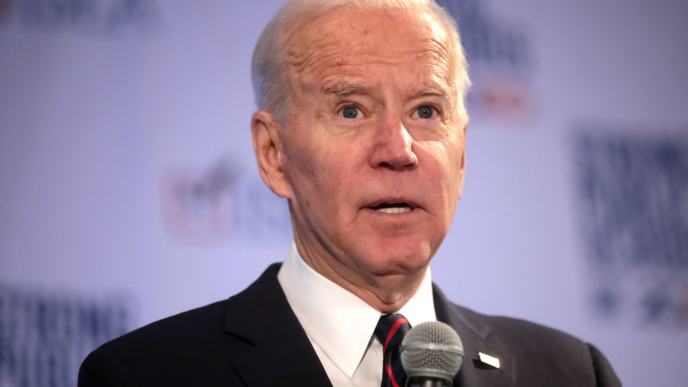 By Fox News. President Biden said that there has been “no shift” in his commitment to Israel and that the Democratic Party still supports the Jewish state, despite heated and sometimes vitriolic criticism of Israel over the past ten days by progressives.

Biden was asked in a news conference Friday with South Korean President Moon Jae-In what his “message to Democrats who want you to be more confrontational with Israel.”

“My party still supports Israel,” Biden said. “Until the region says unequivocally they acknowledge the right of Israel to exist as an independent Jewish state, there will be no peace.”

He again called for a two-state solution in the region. “There is no shift in my commitment to the security of Israel. Period. No shift, not at all. But I’ll tell you what there is a shift in. The shift is that, we still need a two-state solution. It is the only answer. The only answer.” (Read more from “Dem Divide on Full Display: Biden Sends Message to ‘Squad,’ Saying, ‘My Party Still Supports Israel’ (VIDEO)” HERE)

By Breitbart. Jewish groups wrote to President Joe Biden on Friday as he failed to speak out against a wave of antisemitic violence across the nation, as pro-Palestinian activists targeted a synagogue, attacked pro-Israel protesters, and assaulted innocent bystanders.

On Sunday, a synagogue near Chicago was vandalized, and a “Freedom for Palestine” poster was found on the grounds. On Tuesday, a mob of pro-Palestinian thugs attacked a group of diners in Los Angeles, in what police are investigating as a hate crime. And on Thursday, pro-Palestinian protesters attacked Jews in Times Square and on 47th Street in New York City.

Biden criticized inter-communal violence between Jews and Arabs in Israel, twice, during a press conference with South Korean President Moon Jae-in (the bulk of which was carried out by Arabs, as reflected in criminal indictments by Israeli police).

But he said nothing about the ongoing antisemitic attacks in the United States, reflecting the silence of other Democratic leaders. (Read more from “Biden Fails to Condemn Antisemitic Attacks by Pro-Palestinian Activists Nationwide” HERE)

By Breitbart. National Public Radio (NPR), a taxpayer-funded national news outlet, reported Friday that left-wing Americans are rallying to the Palestinian cause, and against Israel, because they see it “as a power struggle, akin to the movement for Black lives.”

There is no significant racial difference between Palestinians and Israelis. Many Jews have deep roots in Arab countries. Black people in the region tend to be Jewish — namely, Ethiopian Jews, whose community was brought to Israel in recent decades.

On Saturday night, Israel will even be represented at the Eurovision song contest finals by a black Jewish woman, Eden Alene. (Read more from “NPR: For Left, Palestinian Cause Similar to Black Lives Matter Movement” HERE)

But to the American left, for whom “intersectionality” — solidarity across causes — is paramount, Palestinians are “black lives.”
Delete Facebook, Delete Twitter, Follow Restoring Liberty and Joe Miller at gab HERE.