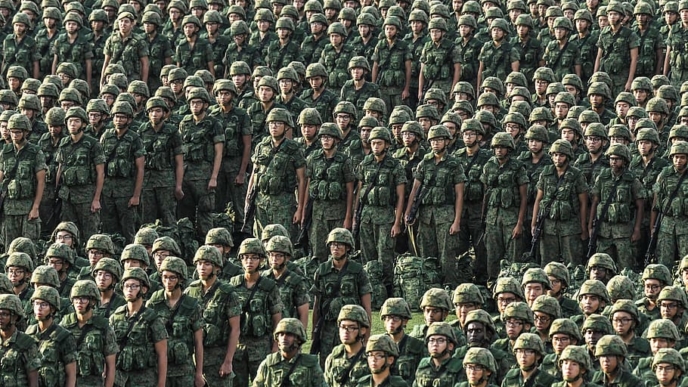 The Wall Street Journal (WSJ) on Thursday quoted unnamed “officials” who said a contingent of about two dozen U.S. special operations and support troops have been deployed to Taiwan for at least a year to train their Taiwanese counterparts. The report drew a terse response from China, which objects strenuously to any number of American soldiers being stationed in Taiwan.

According to the WSJ, the clandestine training has included U.S. Marines teaching the Taiwanese small-boat combat tactics.

The officials quoted in the report described the training mission as “a small but symbolic effort by the U.S. to increase Taipei’s confidence in building its defenses against potential Chinese aggression,” with an eye toward teaching the Taiwanese how to take fullest advantage of simple and easily protected equipment that might not be targeted for immediate destruction in the event of a Chinese invasion.

The WSJ noted that Asian media has occasionally printed unconfirmed reports of U.S. Marines operating in Taiwan, and Assistant Secretary of Defense for Special Operations Christopher Maier told the Senate Armed Services Committee that a special operations training force should be deployed to Taiwan, without mentioning that one might already be there. (Read more from “Report: U.S. Special Operators Secretly Trained Taiwanese Forces” HERE)