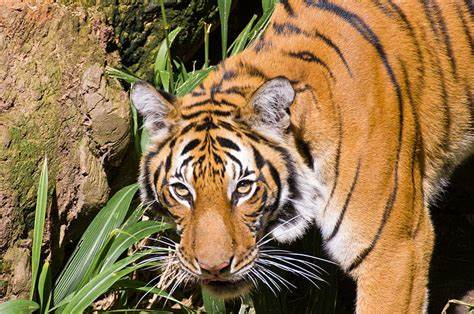 Florida police say they were forced to shoot and kill a critically endangered tiger at the Naples Zoo after it bit and seriously injured a man who had entered a restricted area and reached into the animal’s enclosure.

According to the Collier County Sheriff’s Office, the injured man was a member of a third-party cleaning service contracted by the zoo. After the zoo had closed for the day on Wednesday, he entered an unauthorized area near a tiger that was inside its enclosure, police said.

Investigators say the man was either petting or feeding the animal, “both of which are unauthorized and dangerous activities,” when he was attacked.

“Initial reports indicate that the tiger grabbed the man’s arm and pulled it into the enclosure after the the man traversed an initial fence barrier and put his arm through the fencing of the tiger enclosure,” the sheriff’s office said in a Facebook post.

Police were called to the zoo at 6:26 p.m. The first deputy to arrive on the scene kicked the tiger enclosure in an unsuccessful attempt to get the animal to release the man’s arm from its mouth. When that didn’t work, the deputy was “forced to shoot” the tiger, police said. (Read more from “Police Shoot and Kill Critically Endangered Tiger to Free Man Who Stuck His Arm in Cage” HERE)