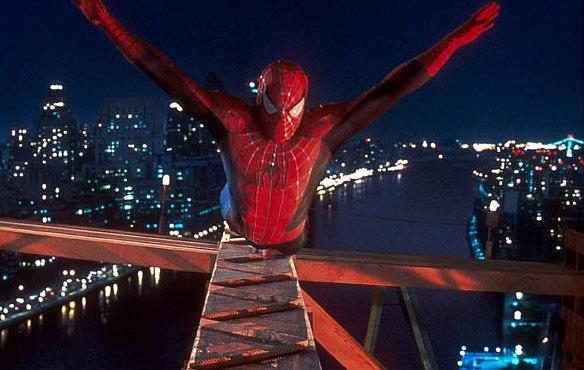 Fans of the 2002 “Spider-Man” movie couldn’t help but notice a change in the dialogue. During an airing on Britain’s ITV, one line deemed “homophobic” by critics was altered completely for today’s audience, The New York Post reported.

This film version featured Tobey Maguire playing Peter Parker. During the controversial scene in question, Maguire insults another character (Bone Saw, played by wrestling legend Randy “Macho Man” Savage) during a wrestling match by saying, “That’s a cute outfit. Did your husband give it to you?”

In the edited version, however, Maguire’s line is cut to, “That’s a cute outfit.”

One perceptive fan documented the change on Twitter, causing an avalanche of both positive and negative reactions.

“THEY REMOVED PETER PARKER’S HOMOPHOBIA,” the user shared in the clip, which as of Monday had close to 650,000 views.

Obama: Hollywood is the November 2012 “tie-breaker”