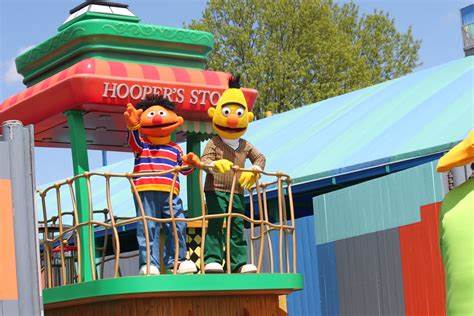 A video of the Sesame Place character Rosita seemingly ignoring two children at a parade has some critics accusing the park employee of racism.

“#BabyPaige & her cute lil friends went to @SesamePlace this weekend to celebrate Paige’s 4th birthday & this is how #SesamePlace treated these beautiful Black children. I’m HOT,” a Twitter user wrote along with a short video clip of the incident, which was also shared to Instagram. While walking in the parade, the amusement park employee dressed as Rosita is seen gesturing no to something, then walks away before greeting the two girls. . .

Destiny’s Child singer Kelly Rowland also weighed in on the video. “Ok so, had that been me, that whole parade would have been in flames,” she shared to Instagram on Sunday. “Like, are you serious? You’re not going to speak to my child?” And did you see that baby’s face at the end? The little one with the pink on? She deserves an explanation. Hello.”

Sesame Place is a theme park located in Bucks County, Pennsylvania, which features a variety of rides, shows, and water attractions all based on the popular show. They also have employees dressed in costume that children can interact with in the park. (Read more from “Sesame Place Issues Multiple Apologies as Video of Character Seemingly Ignoring Two Black Children Goes Viral” HERE)

China to Biden: You Will Cancel the Latest Arm Sale to Taiwan