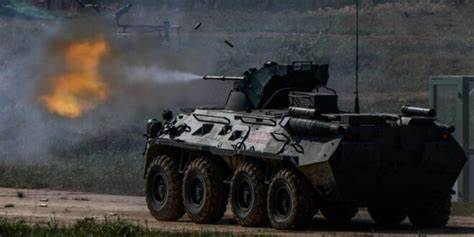 Russia may have bombed the Nord Stream pipelines earlier this week, but the North Atlantic organization created for collective defense against Moscow will not likely mount a military response, experts told the Daily Caller News Foundation.

The North Atlantic Treaty Organization (NATO) has pledged a forceful response to “deliberate, reckless, and irresponsible acts of sabotage” that blasted holes in the twin Nord Stream pipelines carrying gas from Russia to Germany. While the organization is bound by Article V of the treaty to go to war if any member nation suffers a direct attack and has all but explicitly accused Russia of orchestrating the attacks, it will likely avoid invoking a military response to Russia, according to experts on NATO and defense.

“First, the pipeline wasn’t working any more, so [the leak] doesn’t change things that much,” Lawrence Korb, a senior fellow at the Center for American Progress and former assistant secretary of defense, told the DCNF.

In addition, member states may find it impossible to determine whether Russia conducted the attack or ordered one of its proxy militias to do so. “Even if you get 70% that it’s Russia, you’re not going to get 100%,” Korb added.

NATO allies vowed to “deter and defend against the coercive use of energy” and other aggressive acts that fall short of overt acts of war in a statement immediately after the attacks. The organization asserted a “united and determined” response to any deliberate attack on critical infrastructure, including gas installations. (Read more from “Is NATO Closer to War With Russia After Nord Stream Sabotage?” HERE)