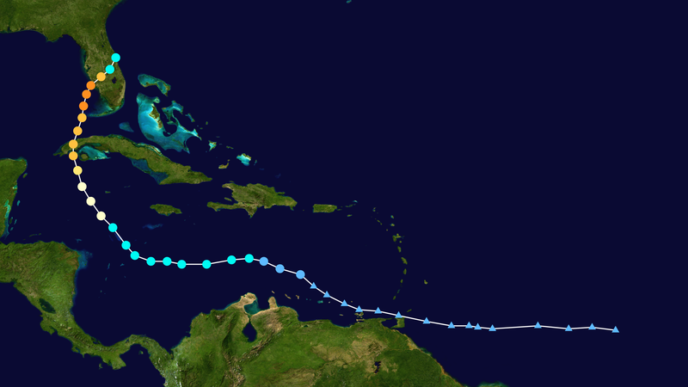 The road to Fort Myers is littered with power boats, yachts and jet skis – including by its ‘Welcome’ sign – in the aftermath of Hurricane Ian which smashed into the coastal city Wednesday as a Category 4 storm, leaving it decimated and unrecognizable.

City officials had handed out evacuation orders the day before the the storm hit, but some residents stayed, believing the hurricane would hit further north, as forecasters predicted.

Robert Negrin, 74, and his wife Jane, 65, rode out the storm in their 24th floor apartment overlooking the Caloosahatchee River, which was shaking as it got battered by the storm on Wednesday night. . .

When the couple realized Hurricane Ian was going to hit them directly instead of Tampa Bay, it was too late to leave. . .

Ian travelled northeast after hitting Fort Meyers, Cape Coral, and the surrounding areas Wednesday, hitting Orlanda and then Jacksonville. The monster was downgraded early Thursday to a tropical storm, then regained hurricane strength as it travelled over the warm Atlantic water towards Georgia and the Carolinas. (Read more from “‘It Was Too Late to Leave’: Fort Myers in Shambles After Hurricane Ian Batters Florida” HERE)