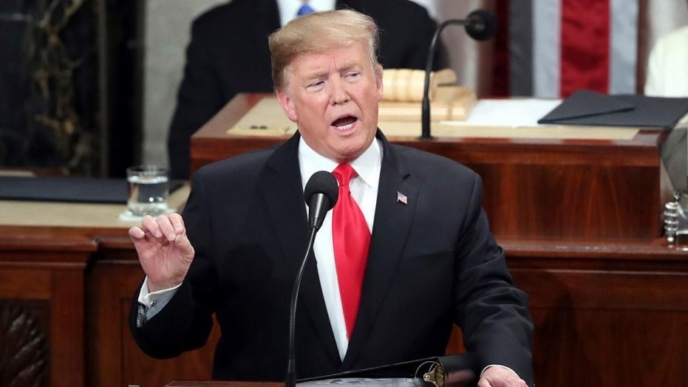 By Townhall. During an appearance on 77 WABC radio, former President Donald J. Trump was asked by host John Catsimatidis what things “keep you up at night.”

The former President quickly answered: “I think more than anything else, I think we could end up in World War III and it could be all of the horrible things that took place in Ukraine,”

A growing number of people believe Trump is correct in his chilling assessment. The question then becomes: How did we ever get to such an increasingly surreal and dangerous position?

A few weeks after Russia invaded Ukraine, simply asking questions about alleged corruption in the country; off-shore bank accounts; fake news being disseminated by the Ukrainian leadership; flawed military strategies; billions of U.S. taxpayer dollars disappearing; if regime change in Russia was the ultimate goal with Ukraine being used as a proxy; and that increased likelihood of triggering a nuclear war became akin to daring to question the lockdowns, masks, and vaccine mandates.

Suddenly, asking logical and critically important questions made you a pariah to be shunned by those announcing themselves to be on the side of “Goodness and Light.” (Read more from “Listen to Trump About Ukraine Before It’s Too Late” HERE)

Biden Vows Russia Won’t ‘Get Away With’ Ukraine Annexation

By Associated Press. The United States and its allies hit back at Russia’s annexation of four Ukrainian regions on Friday, slapping sanctions on more than 1,000 people and companies including arms supply networks as President Joe Biden warned Vladimir Putin he can’t “get away with” seizing Ukrainian land.

Biden said his administration would support any effort by Ukraine to retake the annexed territories by force, setting the stage for further hostilities. And Ukrainian President Volodymyr Zelenskyy announced that his country would make an “accelerated” bid to join the NATO military alliance, a plan not endorsed by the U.S. or other allies that could add fuel to the fire. (Read more from “Biden Vows Russia Won’t ‘Get Away With’ Ukraine Annexation” HERE)

Liberal Billy Eichner Lashes Out at Straight People After His LGBTQ Movie ‘Bros’...
Scroll to top