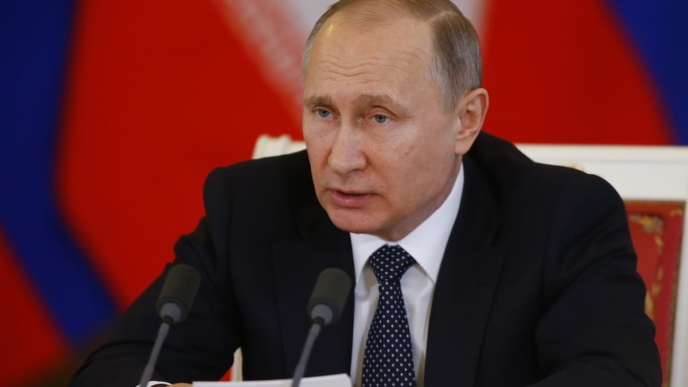 Russian President Vladimir Putin said the West had fallen for a “reverse religion of real Satanism” in forcing sex changes on children and committing “apartheid” against “savage” populations in a speech on Friday.

He called transgender ideology a “denial of humanity” and “overthrow of traditional values,” marketing Russia’s war in Ukraine as a necessary correction to Western deviance in a lengthy speech after signing decrees to annex parts of Ukraine, Defense One reported. The “racist” West has instrumentalized the war in Ukraine to accomplish “totalitarianism, despotism and apartheid,” he added.

Putin commemorated the “heroes” who died for their right “to preserve their culture, traditions and religion” in what he called a “Nazi coup d’etat” in Ukraine in 2014, also known as the 2014 Russian invasion of Ukraine.

He accused the West of fueling the war in Ukraine to achieve a “dream” of weakening Russia and pitting its people, whom the Kremlin envisions as including Ukrainian citizens, against one another “to condemn them to poverty and extinction.”

Western countries’ “insatiability and determination to preserve their unfettered dominance are the real causes of the hybrid war that the collective West is waging against Russia,” Putin said, construing his invasion of Ukraine as a concerted Western campaign to dominate Russia. (Read more from “‘Outright Satanism’: Putin Goes on Lengthy Rant Condemning the West Over ‘Apartheid’, Child Sex Changes” HERE)