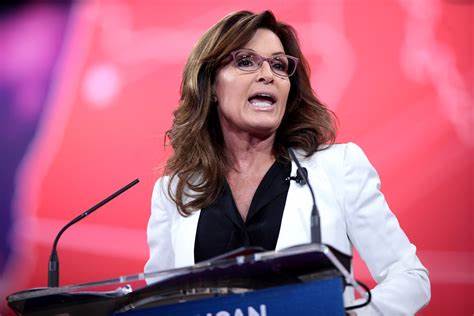 Sarah Palin, who is running for U.S. House in the Nov. 8 election, just Tweeted out that she has been endorsed by the Log Cabin Republicans, which claims to be the nation’s oldest and largest group of LGBT Republican activists.

“I am honored to have earned the endorsement of the Log Cabin Republicans in the race for Alaska’s at-large congressional seat,” Palin tweeted on Sept. 28. “Republicans must unite to win this important election so we can reclaim the House majority and start working to get America back on the right track. Together, we will restore American energy dominance, curtail inflation, get the economy growing again, and protect our God-given individual liberties.”

The Log Cabin Republican’s website claims the group is comprised of “loyal Republicans” who aim to “educate Republicans” on how to accept and advance the LGBTQ agenda.

“Log Cabin is PROUD to endorse @SarahPalinUSA for Congress!” the group stated on Sept. 27. “Palin is a trailblazer who paved the way for the America First movement. Her commitment and dedication to Alaska is unparalleled and admirable. Palin will protect individual liberties for all Americans!”

For Log Cabin Republicans, “individual liberties” includes gay marriage, LGBTQ adoption and a nationwide ban on so-called underage “conversion therapy.” This term is often used by LGBTQ activists as a way to outlaw Christian and religious-based therapists from counseling and encouraging youth to accept their biological sex, rather than take hormones and surgeries to appear as the opposite sex.

The group also opposes bills that aim to safeguard conscience rights and has fought against banning transgender restrooms in government facilities. This is a direct violation of the Republican National Committee’s resolution to oppose transgender facilities.

“Working from inside the Party — educating other Republicans about LGBT issues — is the most effective way to gain new Republican allies for equality,” the group states. “Equality will be impossible to achieve without Republican votes.”

Aside from working inside conservative circles, Log Cabin also network with radical LGBTQ groups from all political persuasions to advance its agenda.

“Over the last three decades, many LGBT activists and straight allies worked hard to make the Democratic Party more inclusive on LGBT issues,” the group’s website explains. “Log Cabin Republicans are doing the same important work to transform the GOP. Without more allies in the Republican Party, equality will be impossible to achieve.”

LEFT-LEANING MEDIA OUTLETS WILL MAKE IT POSSIBLE FOR YOU TO READ PALIN’S E-MAILS
Rush Limbaugh – Sarah Palin Has The Media Going To The Bathroom On The Side Of The Road
Fearing Sarah Palin
L.A. Times Attacks Palin Because She Isn’t a Thief, Liar, Pervert or Criminal
Parody: The ULTIMATE SARAH PALIN is Dumb Video
Sarah Palin – McConnell Plan ‘Makes No Sense,’ Hands Obama Budget With ‘White Flag’