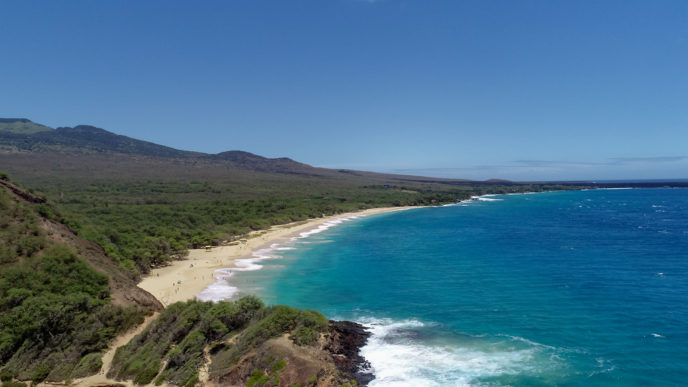 The following article contains information from inside the Chinese Communist Party matched against publicly available sources.

A July 2022 article in The Federalist noted that buyers from the People’s Republic of China purchased $6.1 billion in real estate last year, many of those purchases have been of farmland or ranchland near U.S. military bases.

But the question here is, why would the Chinese Communist Party be interested in and gathering information about otherwise obscure people and their relatively minor real estate activities in the Hawaiian Islands?

Or is there something else going on?

The facts will be presented for readers to draw their own conclusions.

According to the information originating from inside the Chinese Communist Party, Tao Huang is the son of a People’s Liberation Army General, who received special training in its General Staff and the International Department of the Communist Party of China’s Central Committee. That is, a person of importance. Tao Huang and his wife Yin Nog Tang, who were married in New York, first appear publicly around 2008 in an arguably pro-China section of Flushing, New York, which sponsors events featuring the Consul General from the People’s Republic of China’s Consulate in New York.

Tao Huang seems to have been a real estate manager at Chinese-owned and operated Apple Wealth Realty in Flushing, while his wife, a nurse, founded a New York-registered home healthcare company called HT&T Corporation.

According to County of Hawaii records, on August 8, 2017, Yin Nog Tang, as Grantee, purchased 15-2055 Government Beach Road in Pahoa, Hawaii, a 14-acre property designated as “agricultural” on the easternmost coastline of the Big Island of Hawaii for $750,000, although Tao Huang is now listed as Owner. Again, according to County of Hawaii records, a Quitclaim Deed was executed on February 2, 2021 “selling” the 15-2055 Government Beach Road property for zero dollars, apparently to Tao Huang.

Quitclaim Deeds can be used to hide the true nature of property transactions.

Why would the Chinese Communist Party be interested in photos allegedly taken at 15-2055 Government Beach Road or the following photograph of a house at 16-2077 Macadamia Drive, Pahoa, Hawaii?

If one enlarges the “Photo of 16-2077 Macadamia Drive, Pahoa, Hawaii that originated in China but not found on the internet” and the “Photo allegedly taken at 15-2055 Government Beach Road, Pahoa, Hawaii,” the vehicles resemble each other, suggesting that whoever took the photo at 15-2055 Government Beach Road also took the photo at 16-2077 Macadamia Drive.

The 16-2077 Macadamia Drive house shown in the photos may have been built by Big Island New Horizon LLC and was officially sold to the present owners for $263,000 on April 6, 2021, just twelve days after the Quitclaim Deed was executed.

Another piece of land owned by Tao Huang since 2019, 1391 Kalanianaole Street, Hilo, Hawaii, also went through two intermediate buyers between 2019 and 2021, as documented in the County of Hawaii records.

Strangely, the address of Yin Nog Tang’s Big Island New Horizon LLC is a private residence, 1647 Oneawa Place, Hilo, Hawaii, owned by the Zhang Trust, which is linked to Yu “Maggie’ Zhang, a prominent real estate agent in the Hawaiian Islands, who is originally from Shanghai.

Maggie Zhang is also an associate of Jonathan Remund, who was the selling agent for the property 15-2055 Government Beach Road now owned by Tao Huang and Yin Nog Tang.

Since the arrival of Tao Huang and Yin Nog Tang in the Hawaiian Islands, Maggie Zhang has bought a large parcel of “agricultural” land near the property of Tao Huang and Yin Nog Tang and close to the eastern coast of the Big Island. It was brought via a company called Xing Long Produce, which, like Big Island New Horizon LLC, is also registered at 1647 Oneawa Place, Hilo, Hawaii.

Perhaps nothing treacherous is underway and maybe there is no network in operation, but there is sufficient evidence to warrant additional investigation.

Yet Biden’s military is asleep at the wheel concerning the threat posed by China, just as the U.S. military was in regard to Japanese espionage in the Hawaiian Islands prior to December 7, 1941.

Lawrence Sellin, Ph.D. is retired U.S. Army Reserve colonel and a veteran of Afghanistan and Iraq. He had a civilian career in international business and medical research. Dr. Sellin is the author of Restoring the Republic: Arguments for a Second American Revolution. His email address is [email protected].