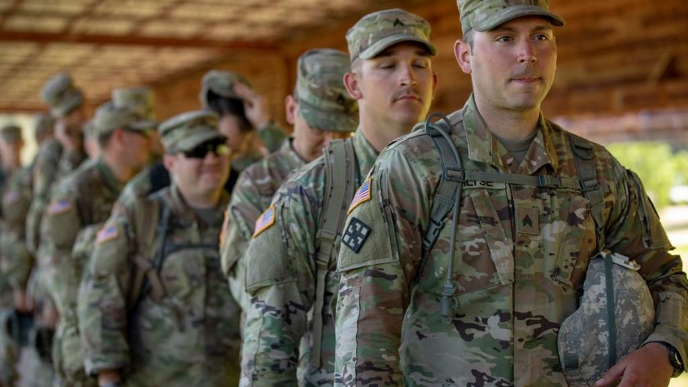 Amid vaccine mandates, complaints of “woke” policies and indoctrination, and a tight jobs market, the Army fell 25% short of its recruitment goal this year, about 15,000 soldiers, the Associated Press reported.

The shortfall actually is worse, because the original target of 485,000 active-duty soldiers was cut by 12,000 in April and further reduced later to 466,000.

The AP said “the worsening problem stirs debate about whether America’s fighting force should be restructured or reduced in size if the services can’t recruit enough, and could also put added pressure on the National Guard and Reserve to help meet mission requirements.”

Meanwhile, as Breitbart News reported in July, an Army training instructs soldiers to shower with transgender members of the opposite sex, even if they have not undergone a surgical transition. In February, the Army began discharging soldiers who refused to be vaccinated with the experimental COVID-19 vaccine, despite the fact the shots have proven to be ineffective in stopping infection and transmission of the disease. In addition, Department of Defense data indicate a massive spike in serious injuries and illnesses among military personnel coincided with the vaccine rollout in 2021.

The AP said it’s “unclear how much the debate over the COVID-19 vaccine is playing in the recruiting struggles.” To date, the Army has discharged more than 1,700 soldiers for refusing the vaccine. (Read more from “‘Woke’ up Call? Army Majorly Misses Recruiting Goal” HERE)

California Governor Awards Himself Custody of Children With Gender Dysphoria,...

Is He Right? Elon Musk Weighs in on How to End the War in Ukraine; China Warns...
Scroll to top