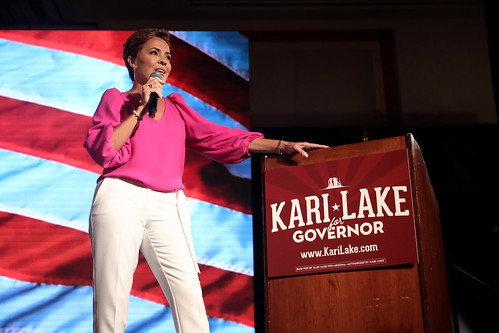 Wright, who is a part of the state’s Elections Integrity Unit, issued a letter demanding Thomas Liddy of the Maricopa County Attorney’s Office look into the alleged comingling of ballots in black duffle bags at polling locations throughout the county that were transferred to the Election Department’s in Phoenix because they could not be properly counted by Maricopa County allegedly due to tabulation and ballot printer errors[.] . . .

Assistant Attorney General Wright asked for a report on the alleged commingling of ballots in black duffle bags, along with information about how the alleged mistreatment of ballots was cured to provide an accurate election result. (Read more from “Arizona Assistant AG Demands Answers on Alleged Mishandling of Ballots in Black Duffle Bags” HERE)

By Townhall. Arizona Attorney General Mark Brnovich is demanding answers from Maricopa County election officials after a number of voters were unable to cast their ballots on election day. Maricopa is the state’s largest county and 25 percent of vote tabulation machines were not working on November 8, causing widespread voter disenfranchisement. According to the county, 70 voting locations were impacted.

“The Elections Integrity Unit (‘Unit’) of the Arizona Attorney General’s Office (‘AGO’) has received hundreds of complaints since Election Day pertaining to issues related to the administration of the 2022 General Election in Maricopa County. These complaints go beyond pure speculation, but include first-hand witness accounts that raise concerns regarding Maricopa’s lawful compliance with Arizona election law. Furthermore, statements made by both Chairman Gates and Recorder Richer, along with information Maricopa County released through official modes of communication appear to confirm potential statutory violations of title 16,” Brnovich wrote in a letter to Maricopa County Civil Division Chief Thomas Liddy over the weekend.

“According to Maricopa County, at least 60 voting locations had issues related to some ballot-on-demand (BOD) printers having printer configuration settings that were non-uniform, which appeared to have resulted in ballots that were unable to be read by on-site ballot tabulators,” he continued. “Based on sworn complaints submitted by election workers employed by Maricopa County, the BOD printers were tested on Monday, November 7 without any apparent problems. Many of those election workers report that despite the successful testing the night before, the tabulators began experiencing problems reading ballots printed by the BOD printers within the first thirty minutes of voting on Tuesday, November 8, 2022.”

Here is a message from Chairman Bill Gates and Recorder Stephen Richer with an update for @maricopacounty voters on Elections Day. pic.twitter.com/OkQczCklGb