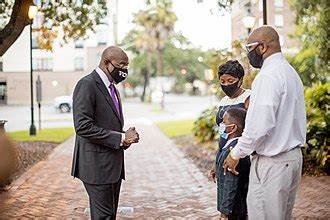 A ruling that will allow Democrat-heavy counties to begin early voting on Saturday in the Georgia Senate runoff is poised to deliver an advantage to incumbent Raphael Warnock and set another hurdle for Republican Herschel Walker, who must find a way to motivate tepid GOP voters to show up for him on Dec. 6.

While the race is considered a toss-up, Mr. Walker is seen as the underdog after not only failing to win more than 50% of the vote in the Nov. 8 general election but also underperforming Republican Gov. Brian Kemp, who won reelection outright by beating Democratic challenger Stacey Abrams by 7 points.

Neither Mr. Warnock nor Mr. Walker topped 50% in the midterm election, falling short of the support needed to avoid a runoff. Mr. Walker finished behind Mr. Warnock by about 35,000 votes out of more than 4 million votes cast.

Both parties are eager to claim the seat. While Democrats held on to the Senate majority in the midterm elections, the runoff gives the party a chance to increase their ranks to 51, although their power to get legislation to President Biden’s desk will be blunted by a new GOP majority in the House. (Read more from “Democrats Score Advantage With Special Voting Rules in Georgia Senate Runoff” HERE)