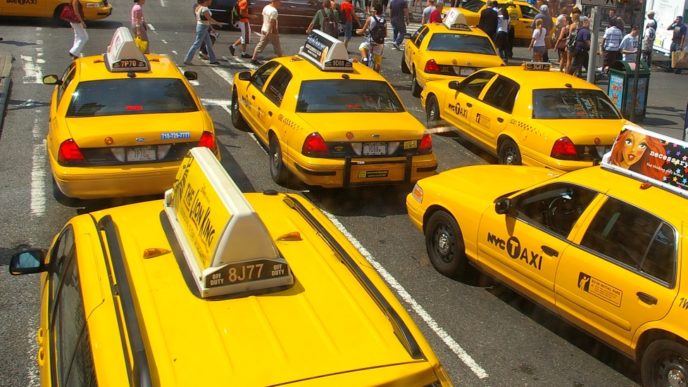 A general economic principle is that any law or regulation that restricts market entry tends to impose the greatest burden on those who can be described as poor, latecomers, discriminated against, and politically weak.

The president of the NAACP’s St. Louis chapter, Adolphus Pruitt, has petitioned a circuit court judge to reject the St. Louis Metropolitan Taxicab Commission’s conspiratorial call to issue a temporary restraining order that would force Uber to shut down. He says the order would negatively impact nearly 2,000 African-Americans who work as Uber partners in black neighborhoods that have long been ignored by taxis and other transportation providers.

In a statement, Pruitt said, “The immediate harm of a (temporary restraining order) would strand thousands of African-American riders who depend on Uber to travel around a city that has measurable gaps in its transportation system and has failed to serve our neighborhoods for decades.”

The effect of these licensing restrictions is to close the market to those who do not have hundreds of thousands of dollars or are unable to acquire a loan to purchase a medallion. I’d ask my liberal friends: Who are the people least likely to have those resources?

Entry restrictions are not necessarily a racial issue. Those who are in a monopoly arrangement find it in their interest to keep outsiders out. If they can do so, it means they can charge higher prices and earn higher income. That means blacks who are part of a taxicab monopoly share the same interests as whites in that industry.

There are hundreds of conspiratorial entry restrictions that work against blacks. George Leef has a story in Forbes about a case before the courts, Pritchard v. Board of Cosmetology. The plaintiff is Tammy Pritchard, a policewoman who would like to supplement her income by working in a hair salon owned by a friend. The salon specializes in African hair braiding, and Pritchard wants to shampoo customers’ hair.

After she had been working a few months, Tennessee Board of Cosmetology officials barred her from washing hair because she lacks a governmental license to do so. Under the board’s regulations, an individual must complete “not less than 300 hours” of instruction “in the practice and theory of shampooing” at an approved school. Pritchard cannot afford the time and money costs, so she has lost a source of income.

My colleagues at the Institute for Justice have waged war against economic restrictions since 1991 and have had a number of important successes. Among hair braiders the Institute for Justice has liberated from onerous regulations are those in Arkansas, California, Iowa, Washington, and Missouri. The institute has successfully waged war against taxi licensing and other transportation restrictions in Bowling Green, Milwaukee, Chicago, Florida, Cincinnati, Denver, Indianapolis, Las Vegas, Minneapolis, and elsewhere. Its successes in other areas of liberty can be found on its website.

The most devastating and difficult to change economic conspiracy is the minimum wage law. The conspiratorial aspect of the law is that it prices all people out of the job market whose skills do not provide the value of the minimum wage.

Put yourself in the place of an employer and ask yourself whether you would hire a person whom the minimum wage law mandates you pay $7.25 an hour if that person were so unfortunate that he could add only $5 worth of value an hour. Most employers would view hiring such a low-skilled person as a losing economic proposition, but they might hire him if he could be paid $5 an hour.

Unfortunately, the minimum wage law is seen as sacrosanct, and that conspiracy will continue in perpetuity—robbing youngsters, particularly black youngsters, of a chance to get their feet on the bottom rungs of the economic ladder. (For more from the author of “What Liberals Don’t Get: Blacks Often Hurt by Government Regulation” please click HERE)

As Predicted, Gay Activists Attack the Messengers, Ignore the Evidence