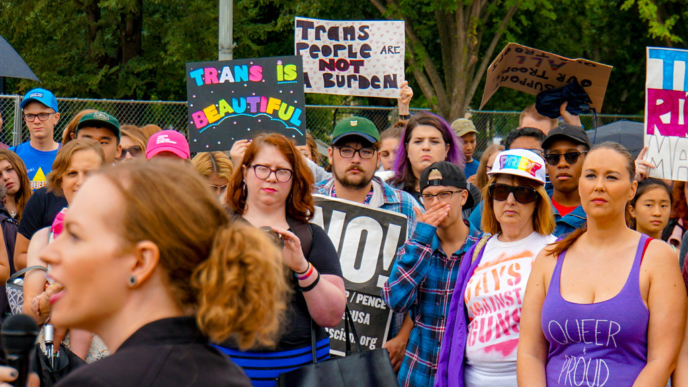 By The Blaze. Comedian Joe Rogan dismantled arguments defending many of the policies advocated by transgender activists in an interview with fellow comedian Adam Conover.

Conover, who is known for his show “Adam Ruins Everything,” defends many transgender positions, while Rogan politely but forcefully pointed out the internal inconsistencies.

“If you’re shooting hormones into a child,” he explained, “and you’re affecting the child’s development, and you’re saying that’s not a choice, that’s nonsense, of course it’s a choice. You’re choosing to chemically change this child’s body.” (Read more from “Comedian Bulldozes Through the Talking Points of the Transgender Agenda in Stunning Video” HERE)

Charlize Theron: I Knew My Child Was Transgender at Age 3

By Christian Headlines. Oscar-winning actress Charlize Theron says in a new interview that she knew her oldest child was transgender at age three – because the child said so.

The 43-year-old actress is known for her roles in The Fate of the Furious, The Huntsman: Winter’s War and Kubo and the Two Strings, and won an Oscar for the 2003 film Monster.

Theron adopted a biological boy, Jackson, in 2012. But soon, she says, the child made known that he didn’t want to be identified that way.

“Yes, I thought she was a boy, too,” Theron told the Daily Mail newspaper. “Until she looked at me when she was three years old and said: ‘I am not a boy!’ So there you go! I have two beautiful daughters who, just like any parent, I want to protect and I want to see thrive.” (Read more from “Charlize Theron: I Knew My Child Was Transgender at Age 3” HERE)