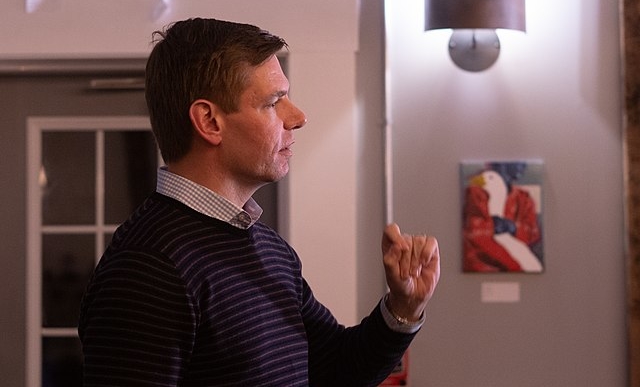 Eric Swalwell, the Democratic House member who made gun control a key focus of his 2020 presidential camapaign, will end his bid for the Oval Office, reports say.

The Los Angeles Times reported Monday morning that Swalwell was expected to end his presidential bid and instead focus his energy on getting re-elected to his Bay Area congressional seat in California. “A Capitol Hill source with knowledge” of Swalwell’s plans confirmed the story to the Times.

The candidate is expected to confirm these reports at a press conference Monday afternoon.

Speculation about a dropout started circling over the long holiday weekend after Swalwell canceled Fourth of July events in New Hampshire, a key primary election state. The candidate hasn’t gotten even one percent in any DNC-approved polls for the last month.

Swalwell would be the first major dropout from the incredibly crowded Democratic presidential field, though not the first overall. Long-shot candidate and West Virginia state lawmaker Richard Ojeda ended his bid for the White House back in January, saying that he didn’t “want to see people send money to a campaign that’s probably not going to get off the ground.”

A longtime proponent of gun control policies — and the guy who tweeted about nuking gun owners — Eric Swalwell made anti-gun animus a major part of his presidential campaign. Last month, he put forward a comprehensive gun control plan that included a national firearms registry, a federal ban on magazines that hold over 10 rounds, background checks on all ammunition purchases, a federal ban on armed schoolteachers, and a ban on online ammo sales.

Swalwell’s anti-gun crusade also backfired on him in a very visible way a few weeks ago when he scheduled a protest outside NRA headquarters in Northern Virginia and only a handful of people showed up for it. “No wonder he is polling at 0%,” the NRA joked in response.

The Swalwell campaign was also hindered by its candidate’s gaffe-prone nature. The Democrat recently took a lot of heat for a comment implying that all Hispanics are illegal immigrants. He complained that the word “woman” isn’t in the Constitution, overlooking the fact that “man” isn’t either. He was accused of sexism after refusing to debate NRA spokeswoman Dana Loesch on guns.

Swalwell’s departure from the 2020 picture would still leave around two dozen candidates to vie for the Democratic party’s nomination. (For more from the author of “Eric Swalwell’s Anti-Gun, Gaffe-Prone Presidential Bid to Come to a Close” please click HERE) 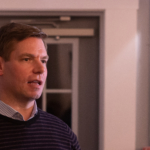 What ‘Plummet’? Border Numbers Still Well Above Level of ‘System-Wide...
Scroll to top