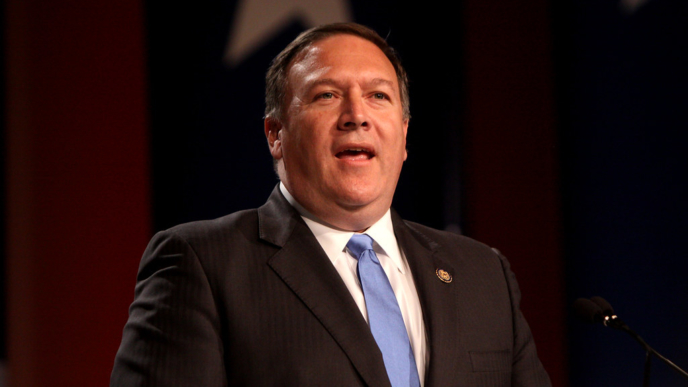 The IRGC issued a statement Thursday claiming to have sent a potent message to the U.S. with the combined armed drills, which included ballistic missile launches and an attack on a mock U.S. aircraft carrier. U.S. troops in Qatar and the United Arab Emirates were temporarily put on high alert during the missile launches.

“The Islamic Republic of Iran has never started a war, but in case of any aggression against Iran, IRGC and other powerful defenders of the country will give a decisive and crushing response,” the elite force—designated a terrorist organization by President Donald Trump’s administration—said, according to the Mehr News Agency. . .

By Newsweek. Iran claims to have used its first military satellite—the launch of which was condemned by President Donald Trump’s administration—to publish detailed images of a U.S. air base in Qatar, according to state media.

Press TV said the images covered the “full expanse” of the base, which it said hosts some 13,000 “terrorist” troops. Tehran has classified all U.S. forces as terrorists in retaliation for the Trump administration designating the IRGC a terrorist organization last year. (Read more from “Iran Uses First Military Satellite to Map, Publish U.S. Base in Qatar” HERE)