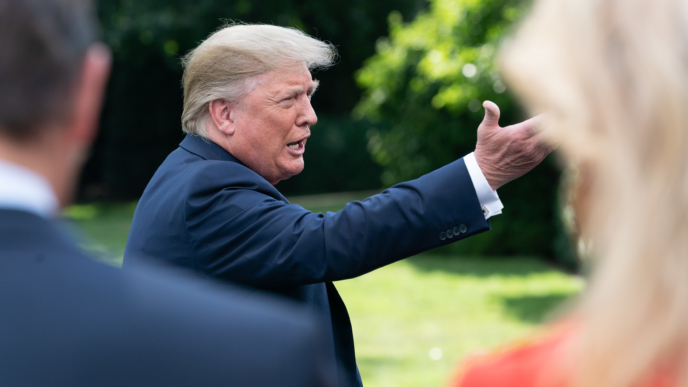 By Breitbart. President Donald Trump on Thursday predicted the 2020 election would be the “most inaccurate and fraudulent” in history, and even suggested delaying it as Democrats continue promoting vote by mail during the coronavirus pandemic.

“Delay the Election until people can properly, securely and safely vote???” he asked on Twitter.

The president repeated mail-in voting was proving to be a “catastrophic disaster.”

“With Universal Mail-In Voting (not Absentee Voting, which is good), 2020 will be the most INACCURATE & FRAUDULENT Election in history,” Trump wrote on Twitter. “It will be a great embarrassment to the USA.”

The president also suggested mail-in voting would open up the 2020 election to foreign influence.

With Universal Mail-In Voting (not Absentee Voting, which is good), 2020 will be the most INACCURATE & FRAUDULENT Election in history. It will be a great embarrassment to the USA. Delay the Election until people can properly, securely and safely vote???

Check out this Mail-In Voting experiment by a local news station! pic.twitter.com/23tOdt1hYc

Mail-In Voting is already proving to be a catastrophic disaster. Even testing areas are way off. The Dems talk of foreign influence in voting, but they know that Mail-In Voting is an easy way for foreign countries to enter the race. Even beyond that, there’s no accurate count!

Trump cannot simply “delay the election,” as he implied, because it would require congressional action. The date is set by an 1845 law and would require a constitutional amendment to postpone past December. And the president’s assertions about vote-by-mail fraud are unfounded, given the little evidence in the past few decades.

Senator Lindsey Graham, a Trump confidant, said that while he feels the president’s concerns about mail-in voting are “valid,” he believes “delaying is not the right answer.”

Senator Lisa Murkowski (R-Alaska) also derided Trump’s claim. “There is absolutely no reason to delay this election, and it is not going to happen,” she wrote on Twitter. “It’s incumbent on us to ensure safe and secure elections, and that’s exactly what the Congress has been doing.” (Read more from “McConnell, Republicans Split with Trump, Say the Election Can’t Be Delayed” HERE)