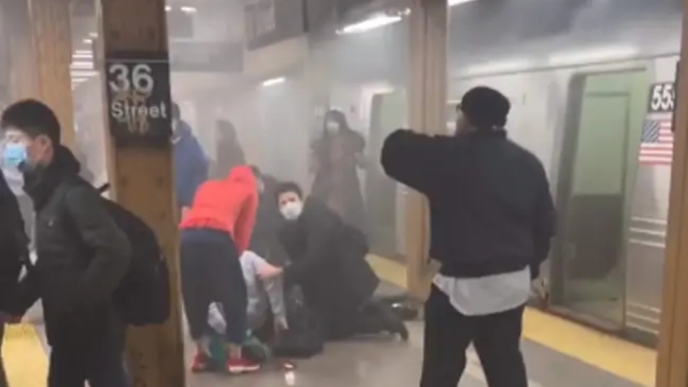 The suspect in the mass shooting Tuesday during rush hour on a subway in Brooklyn allegedly called police on himself, according to an NBC New York report.

“This is Frank. You guys are looking for me…my phone is about to die," the sources say the caller said. https://t.co/UvSvKzPhs0

“This is Frank. You guys are looking for me … my phone is about to die,” James allegedly said, reported NBC New York.

James allegedly told police he was at a McDonald’s on the Lower East Side, NBC New York reported. However, police did not find him at McDonald’s. (Read more from “Report: Mass Shooting Suspect Allegedly Called Police Tip Line on Himself” HERE)

WATCH: Did a Bird Crap All Over Biden Yesterday?

I Hated Dresses as a Girl. Thank God My Parents Didn’t Deform and Sterilize...
Scroll to top