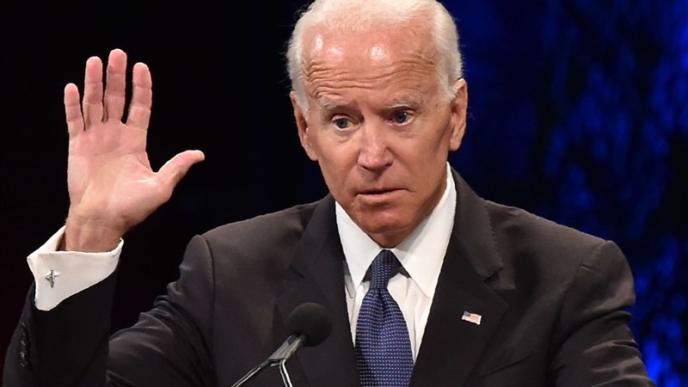 By The Federalist. The White House celebrated Easter on Sunday with its traditional egg roll, but the Resurrection Day festivities turned into a national embarrassment thanks to the president. His handlers, including his wife, did their best to walk him around like a pet, telling him when to sit, speak, and stay.

This all raises the obvious and alarming question: Who is in charge of the greatest country on Earth right now? Because it sure as heck isn’t Joe Biden.

If you haven’t seen any of the footage, you might think this is an exaggeration, but it isn’t. Here’s Jill Biden monopolizing a children’s book reading, with her husband announcing, “And they’re not going to let me read at all.” . . .

“They’re not going to let me read at all,” Biden complains.

And here’s Jill Biden tapping Joe on the arm with the command to “just stay,” presumably so he didn’t wander off as he is wont to do, followed by the duo awkwardly laughing it off as if she hadn’t just treated the president of the free world like a puppy in training. . .

Worse, it wasn’t just Biden’s wife taking care of him; even a giant furry was tasked with wrangling the president. When Biden started yammering about Pakistan and Afghanistan — his failed and deadly withdrawal from which became one of the many defining crises of his presidency — the Easter bunny stepped in to cut off the president from saying another word.

Joe Biden quickly interrupted by the Easter Bunny after he starts to comment on #Afghanistan and #Pakistan at the White House #EasterEggRoll 🐰 pic.twitter.com/xLkuyyudDj

(Read more from “Who’s in Charge of America Right Now? Because It Isn’t the Man Getting Wrangled by a Giant Easter Bunny” HERE)

By Fox News. A person dressed in an Easter Bunny costume broadsided President Biden Monday afternoon as he was answering a reporter’s questions on Afghanistan and Pakistan. . .

“Pakistan should not, and Afghanistan should be…” President Biden can be heard saying before the “Easter Bunny” approaches.

“Oh, the Easter Bunny!” someone can be heard saying off-camera.

The Easter Bunny gives the president a big wave to usher him away as a visibly annoyed Biden appears caught off guard. He was reportedly needed to kick off another round of the egg-rolling competition by blowing a whistle. (Read more from “‘Easter Bunny’ Whisks Biden Away as He Starts Discussing Afghanistan: Video” HERE)

McConnell’s Leadership PAC Announces a $7M Ad Buy to Back Murkowski Against...

WATCH: Did You See Kamala Harris Trying to Explain Space…to the Space...
Scroll to top