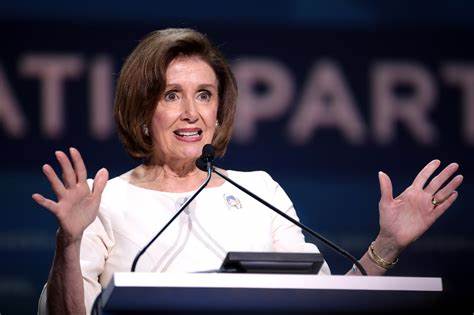 “If U.S. fighter jets escort Pelosi’s plane into Taiwan, it is [an] invasion,” Hu argued.

“The PLA has the right to forcibly dispel Pelosi’s plane and the U.S. fighter jets, including firing warning shots and making tactical movement of obstruction. If ineffective, then shoot them down,” he said.

Hu’s outburst was prompted by reports that Pelosi’s visit to Taiwan, reportedly planned for April but postponed after she contracted the Wuhan coronavirus, could take place this weekend. Pelosi previously discussed traveling to Taiwan sometime in August, but a firm date had not been set. Neither she nor her office have confirmed any planned travel to Taiwan.

Pelosi departs today with a group of other U.S. lawmakers on an Asia tour that will include announced stops in Japan, South Korea, Malaysia, and Singapore. A stopover in Taiwan had not been confirmed at the time of this writing. (Read more from “Chinese Propagandist: Beijing Should Shoot Down Nancy Pelosi’s Plane to Taiwan” HERE)

President Biden Reacts to US Economy Entering Recession After Insisting It Wouldn’t...