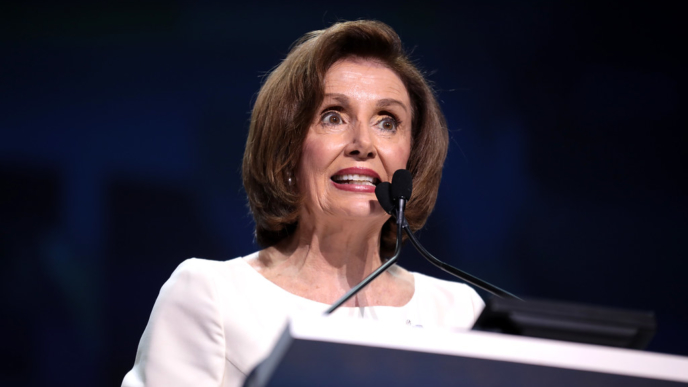 When asked on Thursday whether President Joe Biden should run for reelection or if Democrats should advance another candidate, House Speaker Nancy Pelosi did not provide an answer to the question.

Pelosi said that Biden performed a “great service” for the nation, noting that he beat former President Donald Trump. But the lawmaker said that she would not get into politics regarding whether Biden should run in 2024. . .

But in a recent interview on “60 Minutes,” Biden said that if he announced a reelection bid, election law-related matters would arise. He said that it is “too early” for making such a decision. The president said that he intends to seek reelection, but he noted that is “just an intention.”

A CBS News/YouGov survey of adults in the U.S. found that 73% believe there should be maximum age limits for elected figures — the poll found that this sentiment is shared by a majority of people across the political spectrum.

A USA Today/Ipsos poll of adults in the U.S. found that 56% of Democratic voters do not think that Biden should seek another term.

Americans have been facing roaring inflation, an issue which, if it persists, could make a reelection bid more difficult for Biden to mount successfully. (Read more from “Nancy Pelosi Refuses to Answer if She’ll Support a 2024 Biden Run” HERE)

Actually, America Is Too a Christian Nation

Should You Stay or Should You Go, Joe? ‘Scary and Sad’ Video Shows Biden,...
Scroll to top