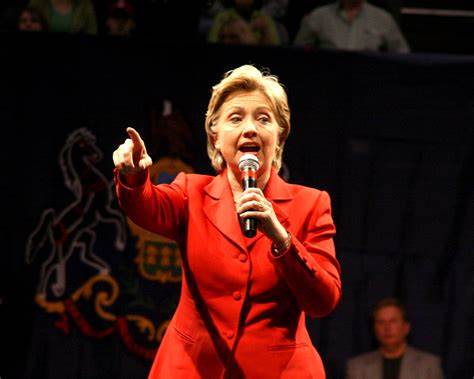 Former Secretary of State Hillary Clinton is not as tough as she wants the world to believe. When it comes to former President Trump, she trembles with fear remembering the time he beat her in a landslide during the 2016 election.

A new book details just how terrified Clinton was of Trump.

Clinton’s 2016 presidential campaign staffers were so paranoid they thought the Russians would poison her through a handshake with Trump during the third debate.

Titled Confidence Man: The Making of Donald Trump and the Breaking of America by the New York Times, Clinton believed that Trump was in cahoots with the Russians, planning a secret plot to poison her via a handshake.

“Democrats found themselves almost perpetually disoriented by autumn. During preparations for the third debate, Clinton’s team was disrupted by a warning from the husband of Senator Dianne Feinstein, who said he had been told that Russians might try to poison Clinton through a handshake with Trump, to inflict a dramatic health episode during the debate,” author Maggie Haberman wrote.

If the Feds Go After a Pro-Lifer Who Shoved a Bully, They’ll Go After Any...

Queen Elizabeth II’s Cause of Death Revealed
Scroll to top