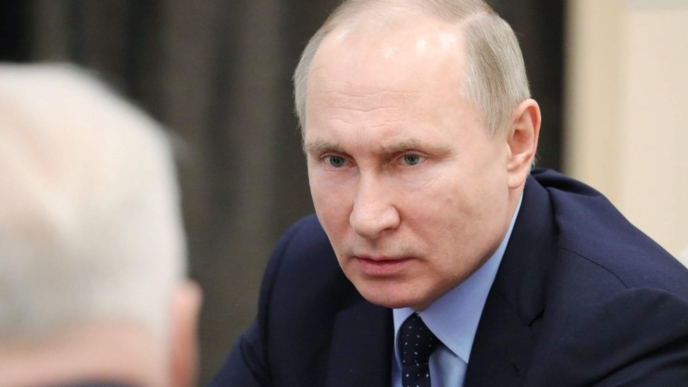 PREDICTION: PUTIN FACES ‘IRREVERSIBLE’ DEFEAT: Russia’s retreat from a key logistics hub in Ukraine’s eastern Donbas region in the face of advancing Ukrainian forces is not only another embarrassing defeat for Russian President Vladimir Putin but may also mark a fundamental shift in momentum in favor of Ukraine, say former U.S. commanders.

“No amount of shambolic mobilization, which is the only way to describe it, no amount of annexation, no amount of even veiled nuclear threats can actually get [Putin] out of this particular situation,” said retired Army Gen. David Petraeus on ABC on Sunday. “He is losing, and the battlefield reality he faces is, I think, irreversible.” . . .

The liberation rail hub of Lyman (pron: lee-MON) came as Russian forces melted away without a fight, taking up what the Russian Defense Ministry called “more advantageous positions.”

“This is a tremendous victory for the Ukrainians. And it’s a victory that I think that they could turn into a cascading series of defeats of Russian forces,” said retired Lt. Gen. H.R. McMaster on CBS. “What we might be at here is really at the precipice of really the collapse of the Russian army in Ukraine, a moral collapse.”

“They must really be at a breaking point, if you look at just the numbers of casualties, the vast area that they’re trying to defend,” said McMaster, former President Donald Trump’s first national security adviser. “I think it’s very important also to understand that these forces that are in full retreat now out of Lyman were really the first round of mobilization. … Those forces were hastily trained, thrown into that front, and these are the forces that are collapsing right now.” (Read more from “‘Precipice of Collapse’: Putin Facing ‘Irreversible’ Defeat as Troops Abandon Ship” HERE)