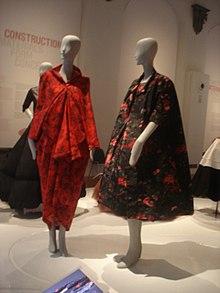 A fashion stylist connected to haute-couture fashion house Balenciaga broke her silence after being accused of posting images featuring graphic violence against children.

Lotta Volkova worked hand-in-hand with Balenciaga’s creative director Demna Gvasalia until 2017 and was forced to set her Instagram account to ‘private’ after facing backlash over the images she posted to social media, according to Newsweek.

Tweets directing attention to her photographs went viral as fans called out the label and its celebrity supporters, demanding answers and calling for Volkova to face consequences.

T/W: These are shocking posts from Balenciagas stylist Lotta Volkova who has a sick obsession with torture, satan & child Mutilation

Notice a common theme with the brand now? #balenciaga pic.twitter.com/Wet0kKf5p8

On Volkova’s Instagram page, fans uncovered scenes of violence and Satanic imagery, much of it involving children, although it remains unclear if Volkova photographed the images herself or just shared them to her online profile, according to Newsweek. Volkova’s representative spoke on her behalf, saying “she condemns the abuse of children in any form,” according to the outlet.

Here is Lotta Volkova a top designer for Balenciaga And Adidas pic.twitter.com/zBnuJ6MdUh