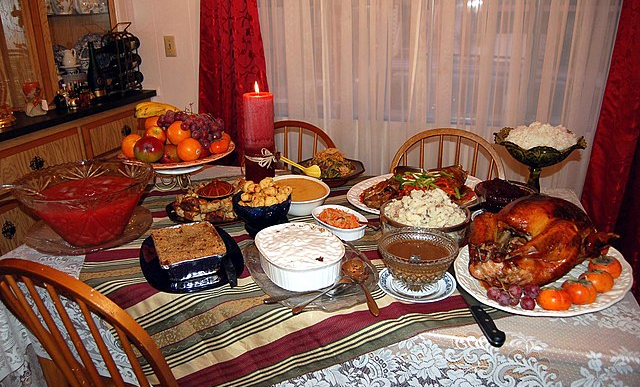 American women know their way around a conference room. However, they have largely forgotten the traditions of a kitchen, leading to the question of whether they are even capable of making one of the nation’s most important meals on Thanksgiving. . .

The celebration of Thanksgiving is the epitome of American values. It showcases that our nation’s strength still lies in the family as we go back to the same house to recreate the same feast with the same people around the same table every year.

It was understood by everyone in the house that this meal was special – something that deserved dedicated time, preparation, and care to complete. It brought families together and kept them close. . .

The sad reality is that American women aren’t being taught how to be homemakers anymore because they are learning to dominate in the workforce instead of perfecting their Sunday roast. It’s much easier to order delivery than to learn how to cook. . .

Tradition is a beautiful thing that shouldn’t be ignored. Because when someone turns their back on tradition, their life often feels chaotic and untethered. Nothing describes the modern woman more. You can see it in every viral video of a 20-30 something female laughing about how her house is a disaster while promising that it’s going to be “totally fine” because she found the collectible toy that McDonald’s was advertising on TikTok. (Read more from “Are American Women Even up to the Task of Cooking for Thanksgiving?” HERE)

More Americans Will Use Food Stamps For Thanksgiving This Year Than Ever Before
Voting For Obama Keeps Families Away From Each Other For Thanksgiving
Things You Might Not Have Known About the Pilgrims
Video: NBC’s 1954 Thanksgiving Prayer; Could You Imagine Seeing This Today?
George Washington’s Thanksgiving Proclamation: Would Barack Hussein Obama Agree?
Americans Prefer Tebow to Obama as Thanksgiving Dinner Guest

White House Accuses Russia of Tempting a Nuclear Accident With New Attacks on...