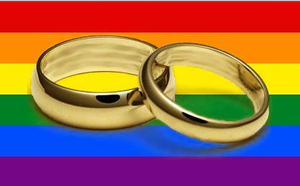 It’s not hard to game out what happens if the misnamed Respect for Marriage Act passes, codifying Obergefell and enshrining gay marriage in federal law. Everyone, including the dozen Republican senators who voted to advance the legislation last week, knows exactly what will happen. It’s not some big mystery.

What will happen is this: Christians, Jews, Muslims, and anyone else who dares maintain that marriage is a lifelong conjugal union between one man and one woman — the definition of marriage for thousands of years until the U.S. Supreme Court descended from Mount Sinai with Obergefell v. Hodges inscribed on stone tablets — will be branded a bigot and driven from the public square and marketplace.

Anyone who owns a small business related to the wedding industry — photographers, bakers, website designers, venue owners, caterers, florists — will be sued into oblivion if they refuse services to same-sex couples. Religious colleges and universities will lose their tax-exempt status. Religious institutions of every kind, if they hold to their teachings and traditions about marriage, will face an onslaught from the Department of Justice and the federal bureaucracy. . .

The untrammeled exercise of power and the vigorous crushing of dissent is the entire purpose of the proposed law. There can be no other possible justification for it. Michael New, an assistant professor at the Busch School of Business at The Catholic University of America, recently told The Daily Signal that Catholic colleges and universities in particular might face ruinous lawsuits and loss of federal funding if the bill is signed into law.

“Suppose a Catholic college refused to allow a same-sex married couple to live in college owned graduate student housing for families, they might be subject to all kinds of litigation,” he said. “Such a college might lose its nonprofit status. Their students might lose eligibility for federal financial aid and their faculty might lose eligibility from research grants from government agencies.” (Read more from “The ‘Respect for Marriage Act’ Is an Exercise in Tyranny, and Everyone Knows It” HERE)