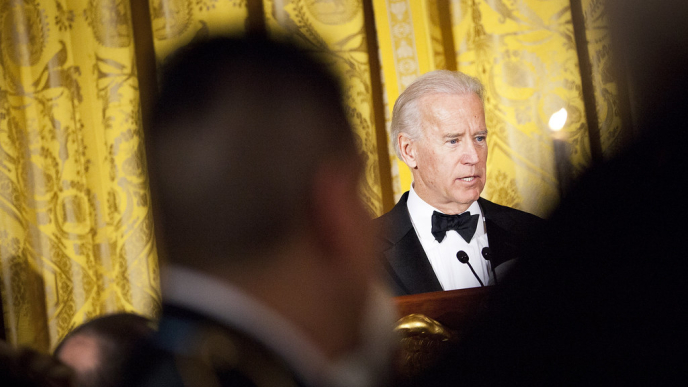 By Breitbart. The White House on Wednesday distributed leftist talking points for predictably insufferable supporters of President Joe Biden to use for attacking Republicans during Thanksgiving family gatherings. . .

The list tries to argue that Biden is actually “tackling inflation,” even though the cost of a Thanksgiving meal is up by 20 percent from last year.

It also tries to denounce Republicans in Congress as “EXTREME” because of their position on protecting unborn children.

The White House document also falsely claims that Republicans want to “put Medicare and Social Security on the chopping block” and “raise costs” on Americans by repealing Biden’s multi-billion dollar climate spending agenda. (Read more from “White House Guide to Lying to Your Family About Politics at Thanksgiving” HERE)

By Washington Examiner. The White House is seeking to tout its agenda accomplishments from the past year by releasing a list of “talking points” people can use to discuss politics during Thanksgiving dinner.

“One last item for your Thanksgiving dinner: some talking points when ‘that Uncle’ comes ‘at you’ about [President Joe Biden],” White House chief of staff Ron Klain tweeted.

The list of talking points includes a slew of policy and legislative wins by the Biden administration and Democratic lawmakers, including measures on infrastructure and lower prescription costs that were signed by the president earlier this year. The list also touts the White House’s efforts to tackle inflation, noting gas prices are down $1.35 per gallon since June and that inflation has petered out over the last few months.

One last item for your Thanksgiving dinner: some talking points when "that Uncle" comes "at you" about @POTUS. pic.twitter.com/P9X0wDRRZK

National average gas prices sit at $3.61 per gallon as of Wednesday, down from the $5.01 average recorded on June 14 — the highest average price recorded by AAA. Meanwhile, inflation rates came in lower than expected for the month of October as consumer prices rose 7.7%, down from the 8.2% recorded the month before, according to the consumer price index. (Read more from “White House Releases Thanksgiving Dinner Talking Points” HERE)

Elon Musk Discovered a Closet Full of T-Shirts at Twitter HQ. Here’s What...