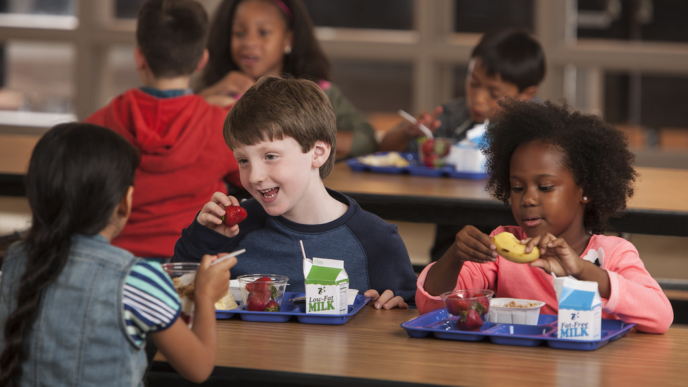 This town needs a spanking.

Election or no election, our collective sense of unruly pride needs to be taken down a couple of notches. Rarely has a people been so haughty with so little to back it up.

We are ignorant and we are selfish. We are licentious and we are boorishly iconoclastic. It’s quite a gift we have to be so slothful and destructive at the very same time.

Yes, a good spanking would do us a world of good if we are to have any hope of correcting the ship of state before it is too late. As I have long said, politics swims downstream from culture. And a culture that is incapable of understanding its base, corruptible nature and disciplining itself accordingly will end up living in a fetid swamp.

But I guess we can’t have nice things, because the American Academy of Pediatrics has spoken, and it says spanking is bad. There are mountains of research, they say. According to analysis posted at CNN, and we know how lucid that network has been lately, spanking teaches children that it is acceptable to use physical force to get what you want and thus makes aggressive or delinquent behaviors more likely.

Also published under the laughable headline “The era of spanking is finally over” is this: “Millions of parents have raised well-adjusted children without spanking. Kids thrive on attention from adults.”

Time for some questions. What does “well-adjusted” mean? How about “thriving”? And what kind of “attention” are we talking about?

Just last year, it seems the American Academy of Pediatrics defined those terms this way when the federal Departments of Justice and Education took the crazy step of reminding the so-called “well-adjusted” that boys and girls should continue to have separate bathrooms free from the tyranny of progressive politics:

“The American Academy of Pediatrics (AAP) opposes guidance issued … that eliminates protections for transgender youth in public schools, no longer allowing them to use restrooms corresponding with their gender identity. Transgender children are already at increased risk for violence, bullying, harassment and suicide. They may be more prone to depression and engaging in self-harm. These children need acceptance and affirmation, not stigmatization. As a result of last night’s action by the Departments of Justice and Education, the simple act of using the restroom may subject transgender students to further harm. Policies excluding transgender youth from facilities consistent with their gender identity have detrimental effects on their physical and mental health, safety and well-being. No child deserves to feel this way.”

Call me crazy, but I don’t think “well-adjusted” means what they think it means. Seems like this New Age version amounts to affirming the worst of psychosis in children and then demanding everyone else around them kneel in adoring acceptance.

That’s not “thriving.” That’s suicide. (For more from the author of “The Frauds of Progressivism Aren’t Trying to Protect Children” please click HERE)

Why Do Democrats ‘Always Manage to Pick up Votes After the Fact?’

Leftists Cringe When Confronted With the Truth
Scroll to top