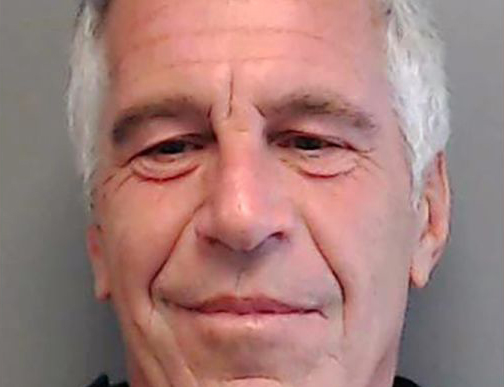 By CNN. The American chief executive of Barclays (BCS), Jes Staley, is being investigated by British regulators in connection with his relationship with disgraced financier Jeffrey Epstein, the bank said on Thursday.

“The relationship between Mr Staley and Mr Epstein was the subject of an enquiry from the Financial Conduct Authority to which the company responded,” Barclays said in a statement.

According to the bank, the FCA subsequently launched an investigation into how Staley had characterized the relationship to Barclays, and how the bank then described it to regulators. The focus of the ongoing investigation is whether that relationship was properly disclosed.

The FCA and another regulator, the Bank of England’s Prudential Regulation Authority, confirmed in a statement that they are investigating the Barclays CEO. They gave no further detail. (Read more from “Barclays CEO Jes Staley Under Investigation Over Links With Jeffrey Epstein” HERE)

By Vanity Fair. Attorneys for the estate of Jeffrey Epstein are attempting to hide his assets and cover up his crimes, according to the attorney general of the U.S. Virgin Islands.

In an exclusive interview with Vanity Fair, Attorney General Denise George accuses the estate of using nondisclosure agreements with Epstein’s victims and former employees to “conceal the criminal activity of Epstein and his associates who are still there.” Last month, George, who was Miss Virgin Islands in 1977, attended the Howard University School of Law, and returned to spend decades as a successful prosecutor, also placed liens on the estate in order to make sure his victims receive their due.

“If he owns anything else that’s not connected to here, then we will have no jurisdiction,” says George in her office in St. Thomas’s Government Employees’ Retirement System building. “As the investigation continues, we will find that out. But as of now, as far as what is in the estate, it appears that a well-substantial amount is connected to his entities right here in the Virgin Islands.”

The people who worked on Epstein’s island, tended to his various companies such as Southern Trust, drove his boats, piloted his planes, etc., probably know more about Epstein’s activities than anyone else—and all are likely bound by nondisclosure agreements. “An employee told me that he saw Prince Andrew on a balcony out at Little St. James groping girls right out in the open,” George says. “He said he remembered walking up to him and saying, ‘Good morning, your Highness.’” (Read more from “They’re Trying to Protect Their Friends”: U.S. Virgin Islands A.G. Outraged at Epstein Estate’s Efforts to Control the Case” HERE)