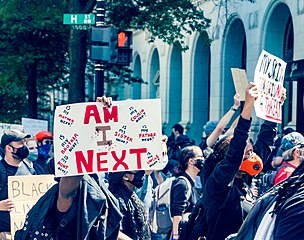 Activists in the most high profile of these events plan to protest the Emancipation Memorial in Lincoln Park. The memorial, which leaders of the local collective the Freedom Neighborhood claimed they would topple last week, has become a subject of national interest, with many people making a case both for and against the statue.

Glenn Foster, the leader of the Freedom Neighborhood, has promoted multiple protests against the memorial set for the days surrounding the July 4 weekend. In some of his material, he celebrated the fact that on Tuesday the Boston Arts Commission voted to remove an identical copy of the statue, which depicts President Abraham Lincoln freeing the slave Archer Alexander, from public display.

“The job is almost finished! Let’s get it D.C.!” Foster wrote in reference to his efforts to remove the memorial.

The movement has received support from D.C. public officials. Shadow Rep. Eleanor Holmes Norton on Thursday introduced legislation to have the statue removed from the park and placed in a museum. D.C. Mayor Muriel Bowser said last week that she would be open to having a “reasonable conversation” about the statue’s future. (Read more from “Activists Prepare to Storm DC in Independence Day Weekend Protests” HERE)