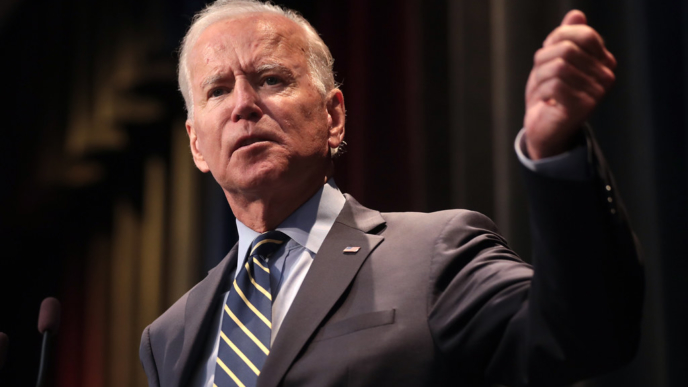 Democratic challenger Joe Biden on Tuesday charged that President Trump is “determined to stoke division and chaos” in cities where protests are raging in order “to revive a failing campaign.”

The former vice president, taking questions after a speech in his hometown of Wilmington, Delaware, also reiterated that he would choose his running mate by “the first week in August.”

Biden has said for a couple of months that his running mate announcement would come in early August, ahead of the Democratic National Convention, which starts on August 17. The former vice president told reporters “I promise, I’ll let you know when I do.”

The presumptive Democratic presidential nominee – after unveiling the fourth component of his plan to revive an American economy flattened by the coronavirus pandemic — said “I think I have laid out the most details plans on the economy” and touted “if I’m elected and this passes, I’m going to go down as one of the most progressive presidents in American history.”

Biden spoke with reporters as violence continues to flare in some cities across the country. The demonstrations protesting police brutality and racial injustice were sparked by the death two months ago of George Floyd, a Black man in Minnesota who died in police custody. Protesters in recent weeks surrounding Portland, Oregon’s federal courthouse have clashed with federal agents under the control of the Department of Homeland Security. (Read more from “Joe Biden Reveals When He Will Name His VP Pick” HERE)