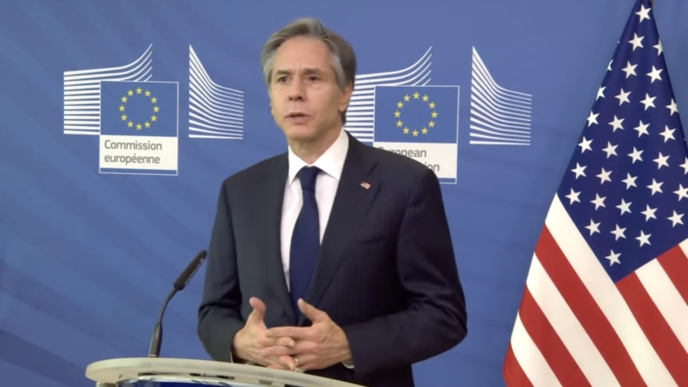 Secretary of State Antony Blinken on Wednesday expressed concern over the interim Taliban government in Afghanistan, calling it not “inclusive” enough.

“We’re assessing the announcement but despite professing that a new government would be inclusive, the announced list of names consist exclusively of individuals or members of the Taliban or their close associates and no women,” Blinken said at a press conference at Ramstein Airbase in Germany.

“We’re also concerned by the affiliations and track records of some of those individuals. We understand that the Taliban has presented this as a caretaker cabinet. We will judge it and them by its actions. The international community’s made clear its expectation that the Afghan people deserve an inclusive government,” he said.

In days before the Biden administration withdrew all U.S. forces and employees from the country last month, it had repeatedly called on the Taliban to form an “inclusive” government.

However, the Taliban announced an interim government on Tuesday that is made up of all males — among whom are senior Taliban leaders who are wanted for attacks against American forces. (Read more from “Secretary of State ‘Concerned’ Taliban’s Interim Government Not ‘Inclusive’” HERE)

GOP Reps. Fined for Not Wearing Masks on House Floor