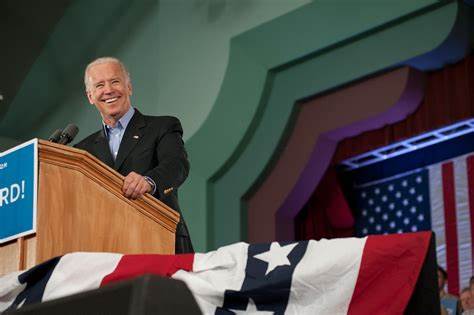 . . .I’m sure, by now, you’ve heard that the end is near-ish. About a week away. Sure, there were rumblings it was coming when we passed net neutrality. Those who survived were subjected to the fiery lake of burning sulfur known as the Trump tax cuts, which Nancy Pelosi had presciently noted was “armageddon.” “People will die if Trumpcare becomes law,” she warned. Then came the overturning of Roe v. Wade — a decision that “released the whirlwind.” And, now, here we are at the midterms of 2022, the most momentous election not only in your life but perhaps in the history of mankind.

Last night, the President of the United States, a man whose pathological lying has been ratcheted up to surreal levels lately, gave one of the most transparently toxic partisan speeches in memory. Biden, quite paradoxically, warned that American “democracy” could only survive if the nation functioned under one-party rule. Despite historic early turnouts, the president lied about widespread attacks on voting rights, preemptively engaging in the kind of election denialism he contends is “un-American.” Biden has probably forgotten that virtually every major Democrat was an “election denialist” not only in 2016 but in 2000, as well. . .

No one is innocent, of course, but there is a popular myth that maintains the left generally engages in prudent, thoughtful, scientific, non-inflammatory rhetoric, while the right does little more than incite violence and luxuriate in its “sadism.” The “cruelty is the point” is the kind of vacuous phrase that brainless partisans living in hermetically sealed bubbles think is smart.

The media will be out scouring the land to find some nuts who are mocking the Pelosi attack to prove that one side is hankering for violence while largely glossing over the outlandish rhetoric regularly spouted on our biggest platforms. Most Democratic voters surely don’t see the world in these Manichean terms. The “election-denying” left-wing punditry class and media, however, who spy Hitler lurking behind every milquetoast Republican governor, have no problem smearing all those with a slightly different worldview as fascists. In this world, there is no policy debate; there is only alarmism and crass projection from those who desire a one-party state. (Read more from “If Republicans Win, They Will Burn Your Home, Steal Your Possessions, Take Your Lives, and Laugh When They Enslave Your Children” HERE)

Shots Fired at Family Home of Republican Congressional Candidate While His Children...
Scroll to top