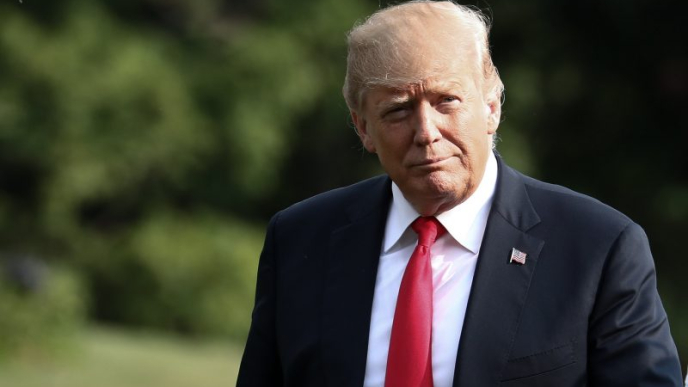 . . .“GOP megadonors Robert Mercer and Rebekah Mercer have no current plans to help former President Donald Trump’s 2024 campaign for the White House, according to people familiar with the matter,” CNBC reported this week.

“The Mercers, a father and daughter who were among Trump’s major benefactors during his first run for president in 2016, are distancing themselves from the ex-president’s third White House bid and cutting back their overall campaign fundraising, these people said. The people who spoke to CNBC did so on the condition of anonymity in order to talk about private conversations.” . . .

“Blackstone CEO Steve Schwarzman, Citadel CEO Ken Griffin, wealthy New York businessman Andy Sabin and billionaire Ronald Lauder are among the wealthy GOP donors opting against helping Trump’s latest campaign — at least during the Republican primary,” CNBC reported. “Some of the country’s wealthiest GOP donors do not believe Trump can win again and have argued for a new face to represent their party in the race for president.” . . .

“I’d like to think that the Republican Party is ready to move on from somebody who has been for this party a three-time loser,” Griffin said at Bloomberg’s New Economy Forum in Singapore, referring to the last three election cycles, The Hill reported.

Schwarzman was more harsh. “America does better when its leaders are rooted in today and tomorrow, not today and yesterday,” he said in a statement. “It is time for the Republican Party to turn to a new generation of leaders and I intend to support one of them in the presidential primaries.” (Read more from “Trump Megadonors Disappearing, Won’t Back Again in ’24” HERE)

Things That Didn’t Exist When Biden Was Born