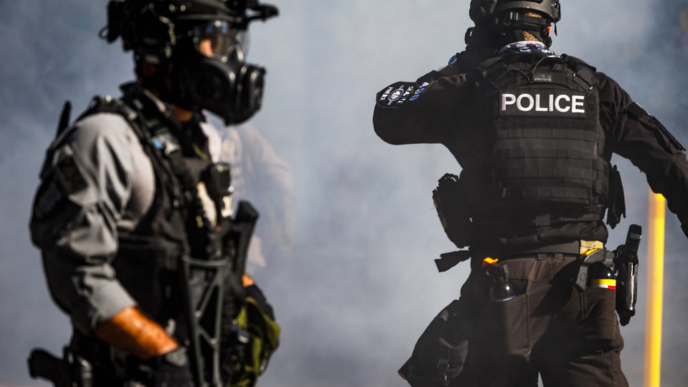 Well, it may be time to deploy the military to Seattle after all because what local lawmakers are doing is nothing short of allowing the city to be engulfed in violence and anarchy. They’re moving to abolish the police. It’s not defunding. It’s a total dissolution. Non-profit programs and “community-led activities” will replace policing. Why? Well, according to the resolution, the Seattle Police Department perpetuates racism and violence. Oh, yes, and it’s a vehicle of white supremacy. It’s typical ‘woke’ nonsense, and it’s a cancer that’s killing America.

They want to replace the police force with nonprofit programs and "community-led activities." pic.twitter.com/JnFaWusvvv

In the proposed legislation, the council argues that the Seattle Police Department "[perpetuates] racism and violence" and upholds "white supremacy culture." pic.twitter.com/fYuHtyYWTG

The council endorses the "Decriminalize Seattle" agenda that would replace the police force with:

And finally, the plan demands that the City conduct an "immediate transfer of underutilized public land for BIPOC community ownership"—in essence, the redistribution of land, which is a hallmark of Marxist regimes. pic.twitter.com/9ENdRhFLWD

If Seattle moves forward with its plan to abolish the police and permanently close the region's largest jail, it will lead to the immediate collapse of public order.

But for now, the political class is following the mob. Beware.

Read thread to see how Seattle's hard-left city council is trying to abolish SPD & replace it with a university-style group of activists trained in "trauma-informed, gender-affirming, anti-racist praxis." https://t.co/Zd0SaT6Zyy