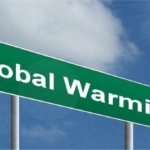 In his first major foreign policy speech on Wednesday, newly appointed Secretary of State John Kerry delivered a rather unconventional introduction, arguing that Americans need to garner up the “courage” to tackle climate change. Emphasizing security measures that are necessary to maintain national security, Kerry added that new environmental policies and investments in “green” energy technologies should be a priority for his department.

“We as a nation must have the foresight and courage to make the investments necessary to safeguard the most sacred trust we keep for our children and grandchildren,” he said, highlighting the “catastrophic” impact climate change will have on future generations: “An environment not ravaged by rising seas, deadly superstorms, devastating droughts, and the other hallmarks of a dramatically changing climate.”

The secretary of state called for collective action to curb the “detrimental” effects of climate change, as he propagated a doomsday scenario where sea levels rise and rising temperatures wreak havoc on the Earth:

And let’s face it — we are all in this one together. No nation can stand alone. We share nothing so completely as our planet. When we work with others — large and small — to develop and deploy the clean technologies that will power a new world, we’re also helping create new markets and new opportunities for America’s second-to-none innovators and entrepreneurs to succeed in the next great revolution.

So let’s commit ourselves to doing the smart thing and the right thing and truly commit to tackling this challenge. Because if we don’t rise to meet it, rising temperatures and rising sea levels will surely lead to rising costs down the road. If we waste this opportunity, it may be the only thing our generations are remembered for. We need to find the courage to leave a far different legacy.

Where’s The “Science Story of the Century?”
Exclusive: New information on Romney’s views on global warming
So much for global warming: ice delays Shell’s Alaska drilling plans
Despite US heat wave, global warming in question as Asian glaciers grow
Welcome to Barrow, AK: Coast Guard Finally Establishes Presence in the Arctic
USDA tells its employees to not consume meat “to reduce your environmental impact” (+video)

Carson At CPAC: How To Destroy America In 4 Steps (+video) Venezuela’s Maduro Calls on Obama to Halt US Plan to Assassinate Riva...
Scroll to top